Surgeon General: Pandemic is 'going to get worse,' actions now 'will determine how bad it is' 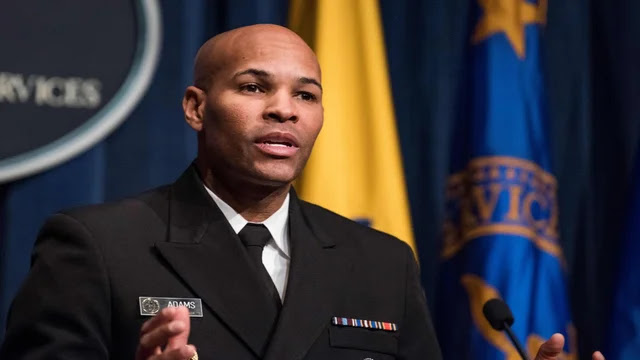 U.S. Surgeon General Jerome Adams said Sunday that the coronavirus pandemic will "get worse" in the weeks ahead, but noted that the first vaccines would likely be available to vulnerable populations by mid-December.
“I want to be straight with the American people, it’s going to get worse over the next several weeks, but the actions that we take in the next several days will determine how bad it is or whether or not we continue to flatten our curve,” Adams told guest host Brett Baier on “Fox News Sunday.”
“Right before Thanksgiving, we actually saw cases start to plateau in many states that had been aggressively mitigating,” he added.
Adams noted that Pfizer is set to submit its emergency use authorization to the Food and Drug Administration on Dec. 10, with Moderna following suit on Dec. 18.
“We are mere weeks away from starting to vaccinate the vulnerable and we can significantly protect people who are at risk for the virus, so hang on just a little bit longer,” he said. The science has never been stronger in terms of what we can do… wearing a mask is an instrument of freedom, it actually will let my kids go to school, protect my mother.”
For the general population, Adams said, “it’ll probably be end of first quarter beginning of first quarter next year before you can get a vaccine,” but the vaccination of the most vulnerable would likely reduce loss of life and help flatten the infection curve.
Although Adams said he was “personally… incredibly optimistic” about the rollout of the vaccine, he added that he wished the pandemic “hadn’t been superimposed on top of an election.”
“I wish that we’d been able to come together as a nation and really talk about the science instead of the politics,” he added.
National