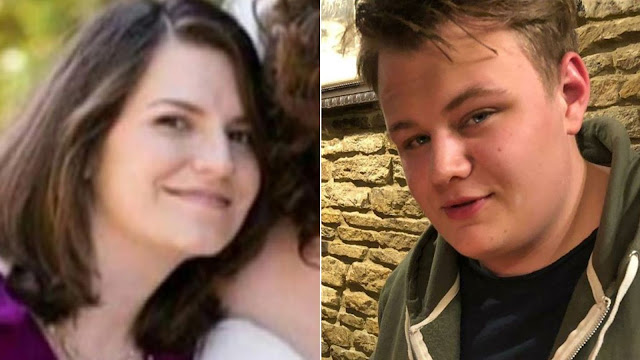 The wife of a U.S. diplomat involved in a crash that killed a U.K. teen has diplomatic immunity from prosecution, a U.K. court ruled on Tuesday.
The High Court of Justice in London ruled on Tuesday that Anne Sacoolas had immunity at the time of the fatal wrong-way crash that killed 19-year-old Harry Dunn, Reuters reported.
Sacoolas was driving on the wrong side of the road when she fatally struck Dunn, who was on a motorcycle, in August 2019, authorities said. She later returned to the U.S., claiming diplomatic immunity.
Dunn’s parents, Charlotte Charles and Tim Dunn, challenged her immunity determination by British Foreign Secretary Dominic Raab and the Chief Constable of Northamptonshire Police in London’s High Court, according to Reuters, and alleged that the U.K. Foreign Office unlawfully confirmed or advised the relevant police force that Sacoolas had immunity from criminal prosecution.
According to Reuters, Charles told Sky News that there were “many rounds to go,” adding that an appeal of the decision was underway. She also said she hoped President-elect Joe Biden would show that “the U.S. do have a better side to them.”
Raab said the ruling showed his department acted lawfully, according to Reuters.
“I appreciate that won’t provide any solace to the family in their search for justice,” Raab said. “We stand with them, we’re clear that Anne Sacoolas needs to face justice in the U.K., and we will support the family with their legal claim in the U.S.”
Sacoolas was charged in December with causing death by dangerous driving over the fatal incident. The U.S. State Department later declined to extradite her to the U.K. because she claimed diplomatic immunity.
Extraditing “an individual under these circumstances would be an abuse," the department said at the time.
World