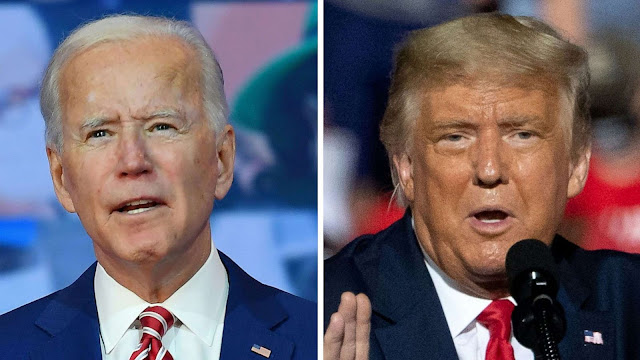 FiveThirtyEight.com founder Nate Silver said over the weekend that Democratic presidential nominee Joe Biden will become “an underdog" if he doesn't win Pennsylvania's 20 electoral votes on Tuesday.
Speaking on ABC's "This Week," Silver said the presidential race will come down to the Keystone State.
“Pennsylvania has not bumped up to a 7- or 8-point Biden lead like we see in Michigan and Wisconsin,” Silver said. "It’s not a big early voting state, so a lot of votes have not yet been cast in Pennsylvania.”
"Maybe a lot of little things add up and Biden loses Pennsylvania by half a point, and then he doesn’t quite pull off Arizona or North Carolina. He does have other options," Silver continued. "But still, without Pennsylvania, then Biden becomes an underdog."
FiveThirtyEight, which aggregates polling data, shows the former vice president with a 4.8 percentage point lead over Trump in Pennsylvania, compared with leads of 8.4 percent in Michigan and 8.6 percent in Wisconsin.
A RealClearPolitics index of major polls in the state has the Biden lead at 2.9 points.
Trump won Pennsylvania by less than a percentage point in 2016.
This year, both Trump and Biden have visited Pennsylvania more than any other state during the 2020 campaign, with the president holding four rallies there Saturday.
Trump lost the popular vote to Democratic nominee Hillary Clinton by nearly 3 million votes but won the Electoral College, 304 to 227.
Silver's forecast gives Biden an 89 percent chance of winning the presidency.
National