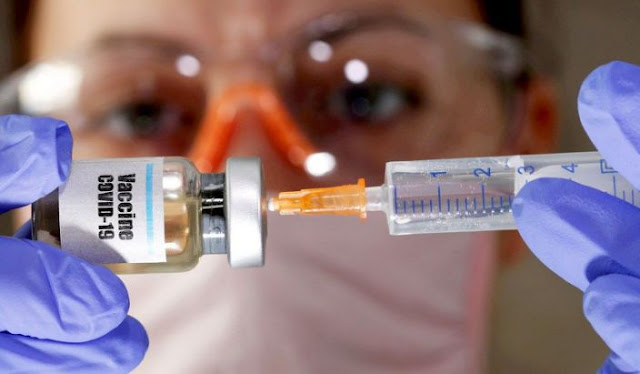 Moderna announced Monday morning that its coronavirus vaccine candidate was 94.5 percent effective in an interim analysis, a second promising data point in the push for a successful vaccine.
The announcement comes one week after Pfizer announced its vaccine was over 90 percent effective, meaning there are now two vaccines with very high levels of efficacy in interim analyses of clinical trial data.
Moderna based its data on a large clinical study involving 30,000 volunteers, half of whom received two doses of the vaccine over a 28-day period. There were 95 cases of coronavirus recorded among participants, with only 5 of them in the group receiving the vaccine.
“This is a pivotal moment in the development of our COVID-19 vaccine candidate,” Moderna CEO Stéphane Bancel said in a statement. “Since early January, we have chased this virus with the intent to protect as many people around the world as possible. All along, we have known that each day matters.”
The company said it will apply for emergency authorization from the Food and Drug Administration “in the coming weeks,” once it has the final safety and efficacy data, which includes having two months of safety data on participants.
There are not “any significant safety concerns” so far, Moderna said. Some participants experienced reactions like muscle pain and fatigue, the company noted.
The company also said the trial data show that the vaccine can prevent severe disease. There were 11 severe cases of COVID-19 in the trial data, all of which occurred in the group of people receiving placebo, not the actual vaccine.
It is important to have multiple vaccines that are shown to be effective because there will not initially be enough doses of any one vaccine to vaccinate everyone.
Moderna says it is expects to have 20 million doses for the United States by the end of 2020, a similar number to Pfizer, and will produce 500 million to 1 billion doses globally in 2021.
The Trump administration has entered contracts with both companies for 100 million doses of each vaccine, with the option to purchase more.
While high-priority groups like health care workers could start receiving the vaccine in December, experts say the general public likely will not be able to get the vaccine until sometime in the spring, because supply will initially be constrained. There is also a daunting challenge to distribute the vaccine across the country.
Moderna received $955 million from the U.S. government for development of its vaccine, unlike Pfizer which did not receive development funds, and an additional roughly $1.5 billion to purchase the doses.
The coming months are still likely to be brutal, before the vaccine is widely available, as coronavirus cases and hospitalizations continue to rise heading into winter.
"The light at the end of the tunnel just got even brighter," tweeted Dr. Atul Gawande, a coronavirus adviser to President-elect Joe Biden, in reaction to Moderna's announcement. "We may now have multiple, very effective vaccines distributing widely in spring and summer. Now we must pull together to get everyone we can through that tunnel alive and with jobs intact."
National