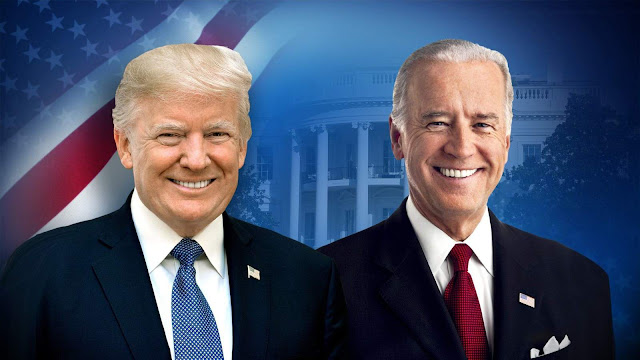 The Michigan State Board of Canvassers on Monday certified the state’s election results showing Joe Biden defeating President Trump in the presidential race.
The four-member panel voted 3-0 to certify the results from Michigan’s 83 counties, further formalizing Biden’s win amid Trump’s flailing efforts to challenge the election results in court. Biden leads Trump in Michigan by over 150,000 votes.
Aaron Van Langevelde, the Republican vice chair of the board, voted with its two Democratic members, Democratic chair Jeannette Bradshaw and Julie Matuzak, to certify the results. Norman Shinkle, the other Republican member, abstained.
“We have a clear legal duty to certify the results of the election as shown by the returns that were given to us. We cannot and should not go beyond that,” Van Langevelde said in closing remarks before the vote. “John Adams once said, ‘we are a government of laws not men,’ and this board must adhere to that principle today.”
Shinkle, who indicated before the meeting that he would oppose certification until after an audit or investigation of the results was conducted, asked the Michigan legislature to undertake an “in depth review of all election processes and procedures in Michigan.”
Under Michigan law, however, an audit is conducted after the results of an election are certified, a point emphasized by a number of those who testified on Monday.
“Those who question the outcome, the remedy comes after you say yes,” Christopher Thomas, former Michigan director of elections who worked under Republican and Democrat secretaries of state, told the board members in virtual testimony at the outset of the meeting.
The obscure board meeting Monday afternoon was streamed online and attracted tremendous attention, following efforts by Trump and his allies to delay the certification of the results in Michigan and other states. More than 34,000 people were tuned into the meeting on YouTube at one point.
The board met for nearly four hours before voting and heard virtual testimony from numerous current and former officials involved in elections who pressed them to do their duty and certify the results. Hundreds of members of the public also asked to participate in the meeting.
The certification triggers the selection of electors who are sent to meet with the rest of the Electoral College on Dec. 14.
Republican National Committee chairwoman Ronna McDaniel and Michigan Republican Party Chairwoman Laura Cox, who advocated for a delay in certification at Monday’s meeting to, had requested an audit and investigation into alleged voting “irregularities.”
There has been no evidence of widespread voter fraud in Michigan or nationwide, despite the claims of the president and some of his allies.
Trump, who has refused to concede to Biden and falsely claimed he won the election, has mounted efforts in Pennsylvania, Michigan and other states to challenge voting procedures in the courts with no success.
A judge earlier this month rejected a Republican effort to block Wayne County, the state’s largest county, from certifying its election results. The Trump campaign withdrew its final lawsuit in Michigan last week, falsely claiming that the Wayne County Board of Canvassers declined to certify the presidential election results.
Two leaders from Michigan’s GOP legislature faced backlash last week when they traveled to Washington, D.C., to meet with Trump at the White House. Democrats described the meeting as inappropriate and part of a broader effort to undermine the outcome of the election.
After meeting with Trump, the two state lawmakers said that they had not seen evidence that would change the election result in Michigan and pledged to follow the normal process with respect to Michigan’s electors.
“We have not yet been made aware of any information that would change the outcome of the election in Michigan and as legislative leaders, we will follow the law and follow the normal process regarding Michigan’s electors, just as we have said throughout this election,” Senate Majority Leader Mike Shirkey and Speaker of the Michigan statehouse Lee Chatfield said in a joint statement.
“Michigan’s certification process should be a deliberate process free from threats and intimidation,” they continued.
Georgia also certified Biden’s win at the end of the last week and Pennsylvania is expected to certify its results showing Biden as the victor as soon as Monday. Trump has shown no signs of plans to concede once the results are certified and the lawsuits dwindle, however.
National