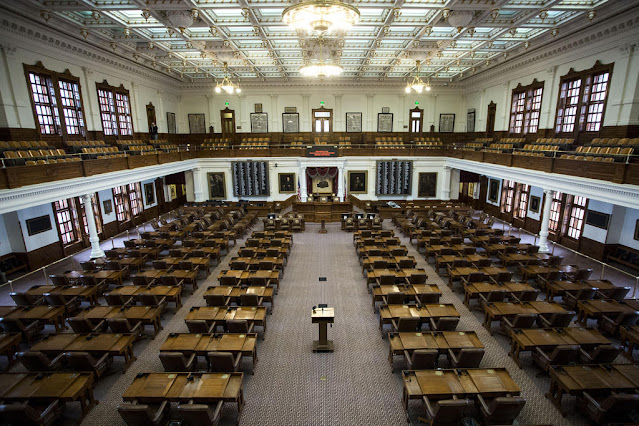 Democrats gained 12 seats in the Texas House of Representatives in 2018 and hoped that the close polling in the U.S. presidential race in the state was a sign of down-ballot success.
But Trump outperformed the polling and other GOP candidates in the state benefited from the turnout.
Nearly every incumbent seeking reelection won their bid and all open seats stayed under the control of the same party.
Only two incumbents lost reelection: Rep. Gina Calanni (D-Katy) and Rep. Sarah Davis (R-Houston).
Calanni lost her reelection bid to Mike Schofield, who represented the district in the two terms before Calanni defeated him in 2018 by a narrow margin of 113 votes.
Davis lost her reelection bid to Democrat Ann Johnson by about four points or 5,000 votes.
An analysis from The Texan based on election results from 2016 and 2018 found that Calanni’s district was the most Republican-leaning seat of those held by Democrats, and Davis’ district was the most Democratic-leaning seat held by Republicans.
The shifts in the two races offset each other so that no party saw a net gain of any seats.
However, there were a few other close races.
Democrats came close to defeating Republican Reps. Morgan Meyer (R-Dallas) and Angie Chen Button (R-Garland), with the two leading by only 1,600 and 200 votes, respectively.
While close, the tally from the Texas Secretary of State’s Office indicates that all precincts in the districts have reported their totals.
Joanna Cattanach, Meyer’s opponent, conceded the race on Wednesday.
Button’s opponent, Brandy Chambers, had not publicly conceded at the time of publishing.
On the Republican side, Rep. Jon Rosenthal (D-Houston) narrowly won against Republican challenger Justin Ray by 317 votes, according to the secretary of state.
Ray had not yet conceded publicly at the time of publishing either.
Barring any recounts that result in notably different vote tallies, the battle lines drawn between Republicans and Democrats in 2018 remain practically unchanged.
Even at the congressional level, no Texas seats shifted party control.
The more noticeable difference comes in the state Senate, where Sen. Pete Flores (R-Pleasanton) lost his reelection bid to Democrat Roland Gutierrez.
Texas