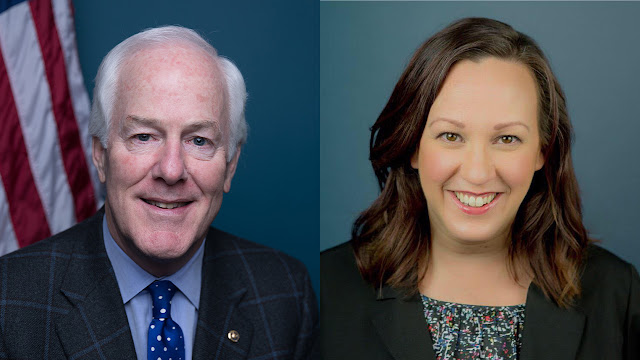 With just under half of the state’s 254 counties reporting, Democratic Challenger MJ Hegar has conceded the race for Texas’ U.S. Senate seat to incumbent John Cornyn.
Cornyn consistently led Hegar in the polling leading up to Election Day. She narrowed the gap between her and Cornyn, but was never able to close it completely.
"This is a historic election for so many reasons," Cornyn said. "Whether I earned your vote or whether you were pulling for my opponent, I'm honored and committed to serving and representing all Texans."
"I'm glad we had this fight," he added. "It's a fight for the soul of our nation and our state."
Texas hasn’t had a Democratic senator since the early 1990s. The Cook Political Report had labeled the race as “lean Republican.”
In a statement, Hegar touted the Democratic progress her campaign aided despite losing.
"Together, we stood up and got to work, building a powerful grassroots campaign from the ground up, shattering voter turnout records, and most importantly sending a message to a previously safe Senator that he answers to us," Hegar said. "I am confident that the work we did will move our state forward for years to come."
Texas