Israeli military instructed to prepare for Trump strike on Iran 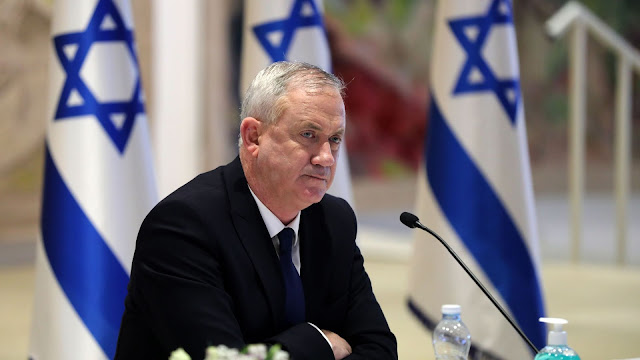 Israel's military is preparing for the possibility that the Trump administration will launch a military strike against Iran, Axios reported on Wednesday.
Senior Israeli officials told the outlet that the Israeli government instructed military commanders to prepare for a potential strike during the “very sensitive period” between now and when President-elect Joe Biden takes office on Jan. 20.
Israel is reportedly making preparations with the expectation that they would receive advance notice from the U.S. regarding any military action, but with concerns that such notification might come too close to the attack.
Israel is also preparing for the possibility of a retaliatory strike by Iran, either directly or through proxies in nearby countries.
The New York Times reported last week that President Trump was considering a military strike against Iran in an attempt to stop Tehran's growing nuclear program. The International Atomic Energy Agency a day earlier had reported that the country’s uranium stockpile was 12 times higher than allowed under the Obama-era nuclear deal that the Trump administration withdrew from in 2018.
Trump reportedly held a meeting Thursday in the Oval Office to discuss his options, but Vice President Pence, Secretary of State Mike Pompeo, acting Secretary of Defense Christopher Miller and Gen. Mark Milley, the chairman of the Joint Chiefs of Staff, dissuaded him against such actions.
Israeli Defense Minister Benny Gantz has spoken twice over the past two weeks with Miller to discuss Iran, Syria and defense cooperation.
On Sunday, Israeli Prime Minister Benjamin Netanyahu met in Saudi Arabia with Crown Prince Mohammed bin Salman. The main topic of conversation was Iran, Israeli officials told Axios.
State Department officials, meanwhile, told reporters that “all options are on the table,” regarding Iran.
Tensions between Washington and Tehran have been high since January, when Trump ordered a drone strike in Baghdad that killed Gen. Qassem Soleimani, the commander of Iran’s elite Quds Force.
U.S. Central Command head Gen. Frank McKenzie said last week that destabilizing actions by Iran have continued and “increased in scope and severity” since 2019.
World