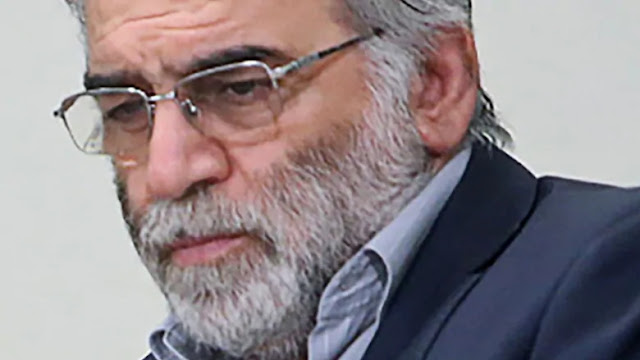 Iran’s supreme leader has called for the “definitive punishment” of those behind the killing of its top nuclear scientist.
Supreme Leader Ayatollah Ali Khamenei said in a statement Saturday that Mohsen Fakhrizadeh was “the country’s prominent and distinguished nuclear and defensive scientist,” The Associated Press reported.
He said Iran’s first priority was the “definitive punishment of the perpetrators and those who ordered it,” the AP noted.
Fakhrizadeh was shot and killed by “armed terrorist elements” while in a vehicle in the town of Absard and died in the hospital after doctors were unable to save him, according to state media. Several Iranian officials blamed Israel for the killing on Friday, and Prime Minister Benjamin Netanyahu has yet to respond.
Iranian President Hassan Rouhani blamed Israel for the killing on Saturday, according to the AP, and said the nation would respond in “proper time.”
“The Iranian nation is smarter than falling into the trap of the Zionists,” he said. “They are thinking to create chaos.”
Both officials added that the scientist’s death would not stop its nuclear program, according to the AP.
Fakhrizadeh was believed to be leading Iran’s nuclear program for two decades and kept working after the military effort quietly ended in the early 2000s, according to American intelligence, The New York Times reported.
The scientist was the top target of the Mossad, Israel’s intelligence service, which was widely acknowledged to have led the assassinations of scientists, including some of Fakhrizadeh’s deputies.
While Iran has repeatedly denied it was developing a nuclear weapon, an Israeli mission uncovered Iranian documents mentioning Fakhrizadeh and describing “Project Amad,” the name of Iran’s previous nuclear weapons program, according to the Times.
The alleged assassination comes as President Trump is in the last weeks of his presidency and was recently dissuaded by his senior advisers from striking Iran military to halt its military program, the Times reported earlier this month.
The attack could make it more difficult for President-elect Joe Biden to reenter the 2015 Iran nuclear deal that Trump withdrew from two years ago. The former vice president has vowed to rejoin.
World