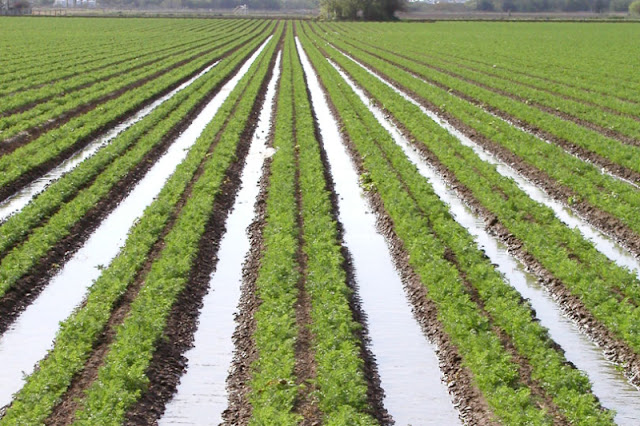 By Jennifer Dorsett
Longstanding issues with Mexico meeting water debt obligations as outlined in a 1944 water treaty have left Texas farmers and ranchers along the Rio Grande River Basin high and dry, concerned for their operations’ future viability.
Irrigation water is a necessity to grow crops in the semi-arid to arid climates of Far West Texas, the Winter Garden and the Lower Rio Grande Valley (LRGV), all of which rely, to varying degrees, on the Rio Grande River.
The river’s basin stretches from Hudspeth County to the southernmost tip of Texas in Cameron County.
Surface water from the Rio Grande River, the LRGV’s only useable water source, is stored in Amistad and Falcon International Reservoirs. The dams and lakes are jointly managed by the U.S. and Mexico under the International Boundary and Water Commission (IBWC).
Mexico is supposed to deliver an average of 350,000 acre-feet (AF) of water annually, for a total of 1.75 million AF over a five-year cycle.
But in mid-September, Mexico had sent less than half of what it owes the U.S., according to a letter Texas Gov. Greg Abbott sent to U.S. Secretary of State Mike Pompeo.
And Mexico was already behind from the last cycle, leaving Texas farmers and government officials leery the nation would uphold its end of the treaty.
“Only recently, after the peak irrigation season, has Mexico begun to make minor progress on deliveries through direct transfers of water from the international reservoirs,” Abbott wrote. “It is vital that this water be delivered to the international reservoirs due to allocations year-round from the reservoirs, which are especially important during peak irrigation season (March–July). In general, lack of water negatively impacts multiple stakeholders within the Rio Grande Valley, forcing Texas water users to secure alternate sources of water, change crops and reduce operations.”
Two days before the Oct. 24 close of the five-year cycle, Mexico reached an agreement with the U.S., transferring ownership from Mexico to the U.S. the water held in Lakes Amistad and Falcon until the nation’s water debt was rectified.
While it looks good on paper, Hidalgo County citrus grower Dale Murden said the compromise is of no real help to LRGV farmers.
“It’s a double-edged sword. They’ve made a paper transfer. Instead of getting a share in any inflows into the Amistad and Falcon reservoirs, they’ll give it to us,” Murden, a Farm Bureau member, said. “But 100 percent of nothing is nothing. Until it rains, I couldn’t take advantage of that, even if I wanted to.”
In late October, IBWC data showed Falcon was at 21 percent of conservation capacity and Amistad was at 37 percent.
“What’s frustrating is we give them so much more from the Colorado River than they give us from the Rio Grande,” Murden said. “It’s not like we have our water down here physically. They didn’t transfer any water from where they have it, but I guess it’s bankable. At least we know that any inflow that comes in, it’s ours until their debt is paid.”
But how the Mexican water debt issue affects Texas agriculture is even more complicated than a direct lack of water access for farmers.
“Another side of this story is that the water Mexico has not sent is going to Mexican pecan orchards in Delicias, near the La Boquilla Dam,” Bob Whitney, executive director of the Texas Pecan Board, said. “One of the major flows of the Rio Grande River from Mexico is from that dam and reservoir, but that water is being used for agriculture in the Chihuahuan Desert, which happens to be the major pecan production area of Mexico.”
The area has expanded rapidly in pecan acreage over the last 15-20 years, mainly because the farmers have access to water from the La Boquilla reservoir, Whitney said.
“Mexico has now become a world leader in pecan production because of that area. In some years, Mexico is now outproducing the United States in pecan production. It’s an issue for our pecan producers because our price is lower, and in some cases, low enough that Texas pecans are not purchased because Mexico pecans are purchased instead,” Whitney said. “They’re brought in as a shelled product, and there are Texas pecan shellers not running right now, because they can’t compete with the Mexico pecan production costs.”
Texas pecan growers struggling with low prices are competing in a hugely imbalanced market created by water in Mexico that’s been promised to the U.S., he added.
“Our growers are complaining about Mexican pecans, because they get told that buyers are not going to buy their pecans, because they’re waiting to see what Mexico is going to do and what the prices are going to be from Mexico,” he said. “It’s a frustration that the very water that they use to support their industry is water that our Texas producers need in the Rio Grande Valley. So, it’s what might be called a double-whammy to Texas farmers.”
Satellite imaging shows the increase in agricultural production in the Chihuahuan Desert over the last 20 years, Murden said.
The new agreement with Mexico is thanks in large part to the work of Abbott, U.S. Rep. Henry Cuellar, and State Rep. Lyle Larson, Murden said.
While the agreement should bring water back to the reservoirs on which he and other farmers and ranchers in the area depend upon, he said it will be an ongoing issue.
“I’m not ungrateful, and we really do appreciate all the hard work our legislators have put in to rectify the problem,” Murden said. “It’s just a never-ending issue with Mexico and the water debt.”
Texas World