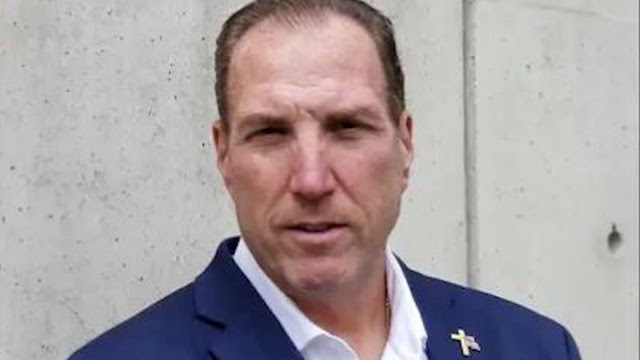 The Republican chairman of Texas’s largest county has resigned from his post after less than four months on the job amid a racist scandal that dogged the beginning of his tenure.
Keith Nielsen, who became chairman in March, quickly faced public outcry for an image he posted on Facebook that juxtaposed a quote by Martin Luther King Jr. next to a banana.
Nielsen originally said he would forfeit the position, but later reversed his decision and took the job in August, the Texas Tribune reported.
Nielsen submitted a letter of resignation to the party's secretary on Monday, but it is unclear why he was stepping down now, according to the Tribune, who noted his letter was not available.
Rolando Garcia, a member of the Harris County GOP’s advisory board, said Nielsen’s resignation would be effective immediately. His successor will be chosen by the county party’s executive committee.
Harris County, home the state's largest city of Houston, has increasingly become blue, the Texas Tribune notes. President-elect Joe Biden won the county by 13 points in the Nov. 3 election, winning more of the vote there than Hillary Clinton did in 2016.
Still, Trump won the state, earning 52 percent of the vote while Biden garnered 46 percent.
Some Democrats had hoped that the state, like Georgia and Arizona, would turn blue this year, but the Republican base in the Lone Star state remained strong.
Texas