Federal deficit hits $284B in first month of fiscal year 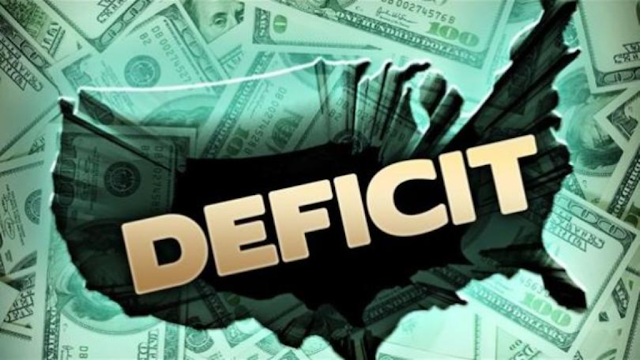 The federal deficit for October, the first month of the 2021 fiscal year, hit $284 billion, over double the deficit from last October and roughly half the full annual deficit of 2016.
Treasury data released Thursday showed that federal spending, fueled by COVID-19 relief measures, reached $522 billion, while the government only took in $238 billion in receipts from taxes.
The deficit hit a record-shattering $3.1 trillion in 2020, well over double its highest previous record in 2009. Still, the Treasury Department forecasted that the deficit for 2021 would come in only slightly above $1 trillion, an unlikely prospect given expectations of further stimulus from Congress.
The size of the deficit and the fast-accumulating debt are becoming flash points in public posturing over the deal.
House Democrats have indicated that they have little interest in backing down from the $2.4 trillion figure they included in the latest version of the Heroes Act, though they were discussing a deal closer to $1.8 trillion with the White House before the election.
Since then, Senate Majority Leader Mitch McConnell (R-Ky.) has indicated that he will be taking a more active role in the months-long talks, and has indicated his support of a more targeted agreement, likely between $600 billion and $1 trillion.
Federal Reserve Chairman Jerome Powell has frequently pushed Congress for more fiscal action, and argued that an overly-large package was less risky than one that's too limited for shoring up the economy.
National