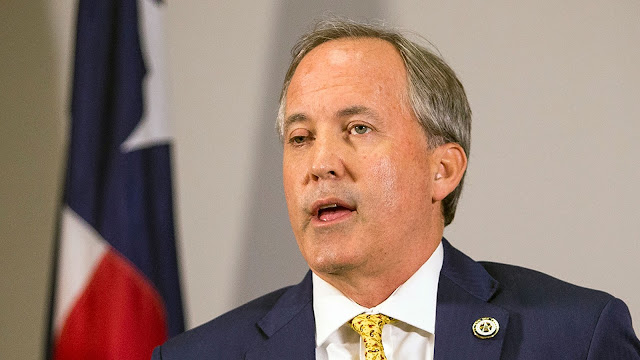 In the latest development regarding the controversy surrounding Texas Attorney General Ken Paxton, two sources told the Associated Press (AP) that the Federal Bureau of Investigation (FBI) is currently investigating Paxton for illegally using his official capacity to benefit a donor.
According to the AP, the sources “insisted on anonymity to discuss the investigation because it is ongoing.”
News broke last month that several senior aides in the Office of the Attorney General (OAG) had accused Paxton of abuse of office and bribery in connection to his relationship with Austin real estate developer Nate Paul.
Since then, all of the whistleblowers have been fired, resigned, or placed on investigative leave.
Last week, four of the whistleblowers filed a lawsuit in a Travis County district court that shed more light on their allegations.
In August of 2019, the FBI raided the home and offices of Paul as part of an investigation.
The whistleblowers claim that shortly after the raid, Paxton began using his office to assist Paul.
They contend that the attorney general took an unusual interest in open records requests, civil litigation, and the response to a legal opinion, all of which benefited Paul.
Furthermore, they allege that Paxton assisted Paul in an investigation into the law enforcement authorities who were involved in the FBI raid.
According to the whistleblowers, Paxton has frequently lied and provided misleading statements to the public regarding the investigation.
On Tuesday, Paxton reportedly issued another statement in which he maintained that he was innocent.
“After reviewing the claims made by former employees of this office, their allegations are overblown, based upon assumptions, and to a large degree misrepresent the facts,” said Paxton.
“Unfortunately, these attorneys chose to air their grievances through the media and through the courts, rather than established and objective internal processes. Given these circumstances, we will be fully prepared to address these allegations through the judicial system, if necessary.”
Texas