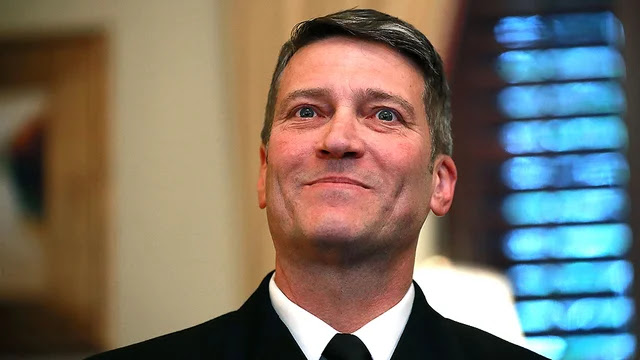 Ronny Jackson, President Trump’s former White House doctor, is projected to win his race to represent Texas’s 13th Congressional District.
Jackson is projected to defeat Democratic nominee Gus Trujillo and Libertarian candidate Jack Westbrook to win the seat being vacated by retiring Rep. Mac Thornberry (Texas), the top Republican on the House Armed Services Committee.
With the district considered among the reddest in the nation, Jackson was seen as a lock to win the race after defeating Josh Winegarner, who had earned GOP establishment endorsements, in the party’s primary runoff in July.
Jackson, who retired from the Navy as a rear admiral in 2019, was first appointed as a White House physician in the George W. Bush administration and also served as former President Obama’s physician. He shot to national prominence in 2018 when he held a press conference giving Trump a glowing medical evaluation.
Trump nominated Jackson to be his second Veterans Affairs secretary, but Jackson withdrew from consideration.
During his congressional campaign, Jackson aligned himself closely with Trump.
Local