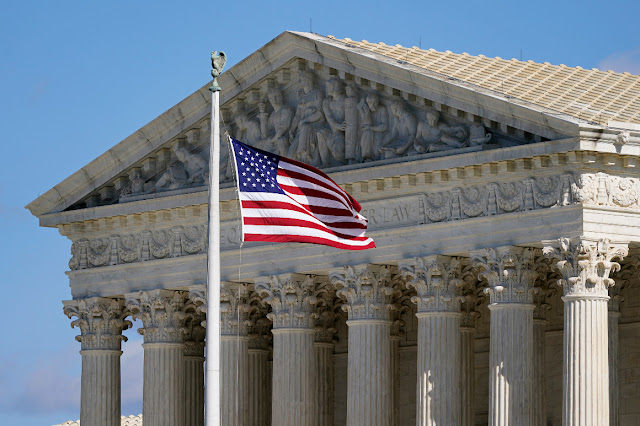 The conservative-majority Supreme Court on Monday seemed reluctant to issue an immediate ruling that would halt President Trump’s plan to count — and later subtract — immigrants residing in the U.S. illegally from the once-per-decade population count used to apportion seats in the U.S. House.
The 6-3 conservative court seemed to signal it would let the Trump administration tally at least some of the country’s undocumented immigrant population as part of the 2020 census, while deferring future challenges over how that data could be used to determine congressional representation among the states.
The question of whether Trump can lawfully exclude the undocumented population from the census may be more fully litigated in coming weeks. But on Monday, the court’s liberal justices — and even some of its more conservative members, including the recently confirmed Justice Amy Coney Barrett — appeared unpersuaded by the government's defense of the president's approach.
“You know, as Justice [Stephen] Breyer said, a lot of the historical evidence and longstanding practice really cuts against your position,” Barrett said during a series of tough questions she put to acting solicitor general Jeffrey Wall, who argued the case on the Trump administration’s behalf. “You concede that illegal aliens have never been excluded as a category from the census?”
The court’s apparent reluctance to move swiftly to block Trump’s plan reflected, at least in part, some of the practical difficulties his administration faces in attempting to implement the presidential memorandum he issued in July that set the policy in motion.
National