Closures of US borders with Canada, Mexico expected to be extended 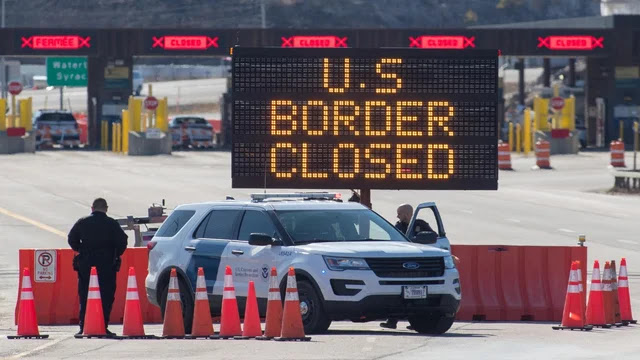 The U.S. borders with Mexico and Canada will remain closed through mid-December as cases of the coronavirus spike in the United States, officials said Wednesday.
Mexico's foreign ministry confirmed in a pair of tweets that nonessential land traffic would be shut down at the U.S.-Mexico border through Dec. 21. U.S. officials confirmed to Reuters that the same policy was being followed at the U.S.-Canada border.
"The restrictions will be maintained in the same terms in which they have been developed since their implementation on March 21," said Mexico's foreign ministry. "Both countries will coordinate sanitary measures in the border region that will be in effect until 11:59 p.m. December 21, 2020."
The U.S. saw more than 1 million new coronavirus infections over the last week and passed a milestone of 250,000 deaths from the virus on Wednesday.
Rates of new infections in Canada have surged to all-time highs of more than 6,000 new confirmed cases per day in recent days while Mexico's rate has remained lower than a peak reached earlier this year and has trended downwards in the last few days.
World