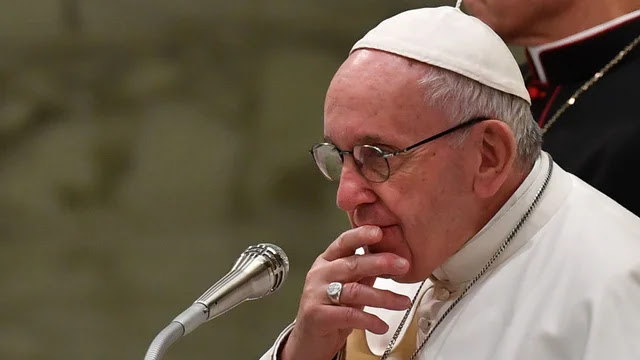 President-elect Joe Biden spoke with Pope Francis on Thursday, the latest in a series of calls he has held with world figures since he was declared the winner of the presidential race.
“The president-elect thanked His Holiness for extending blessings and congratulations and noted his appreciation for His Holiness' leadership in promoting peace, reconciliation, and the common bonds of humanity around the world,” Biden’s transition team said in a readout of the phone call on Thursday afternoon.
“The president-elect expressed his desire to work together on the basis of a shared belief in the dignity and equality of all humankind on issues such as caring for the marginalized and the poor, addressing the crisis of climate change, and welcoming and integrating immigrants and refugees into our communities,” the readout continued.
Biden, who is the second Catholic to be elected president in U.S. history, already received congratulations from other religious leaders after being declared president-elect on Saturday.
Biden has held calls with the leaders of France, Germany, the United Kingdom, Canada, Ireland, Japan, South Korea and Australia over the past three days. He has also announced a team of coronavirus advisers and on Wednesday named his chief of staff, Ron Klain, as he prepares to move into the White House next year.
Biden’s team has forged ahead with transition efforts despite President Trump’s refusal to concede the election to Biden while mounting legal challenges to the results. Trump’s campaign has filed lawsuits in Pennsylvania and Michigan alleging voting irregularities and fraud and has pushed for recounts in some states. There is widespread doubt that the efforts, even if successful, will change the outcome of the presidential contest.
The General Services Administration has also thus far declined to certify Biden as the winner of the election, preventing him from accessing resources to facilitate the transition. Biden has not been afforded access to classified intelligence reports.
World