Biden pulls ahead of Trump in Georgia 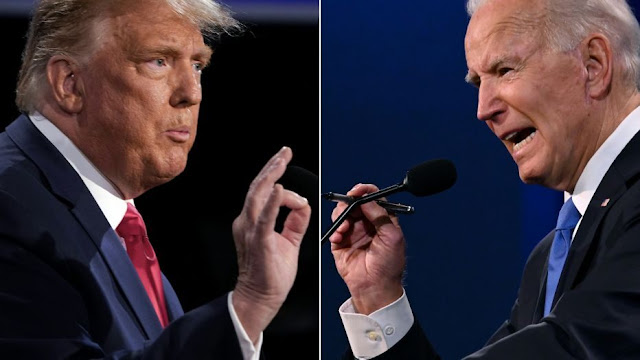 Democratic presidential nominee Joe Biden has overtaken President Trump in the presidential election in Georgia.
At about 4:30 a.m., the release of ballots counted in the Atlanta suburb of Clayton County gave Biden a lead in the state of 917 votes.
Biden had been gaining on Trump throughout Thursday and Friday morning as many mailed-in ballots were slowly counted. No Democrat has won the state of Georgia in a presidential election since 1992.
Georgia has 16 electoral votes and a win there would be a win in the Electoral College in Biden's grasp.
All eyes remained on Pennsylvania, where Trump still held a lead on Biden — but one that was steadily shrinking.
In Georgia, Biden’s success in the traditionally red state can be attributed to the Democratic-dominated urban areas in and surrounding the cities of Atlanta, Augusta, Columbus and Savannah.
Given the closeness of the race, a recount in Georgia seemed likely. Trump's campaign has already requested a recount in the state of Wisconsin.
Georgia election officials on Friday will begin conducting a risk-limiting audit under a new state law before certifying the presidential election winner.
The risk-limiting audit will take a statistically significant sample of ballots and examine them by hand to observe whether the declared winner indeed won, NBC News reported.
National