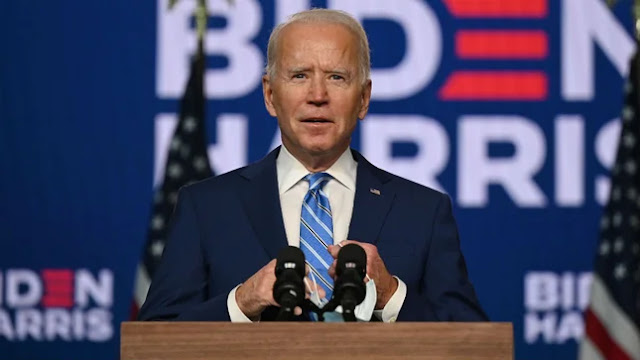 President-elect Joe Biden called on a deeply divided United States to come together and “heal” on Saturday, moments after he was declared the winner of the presidential election.
In a statement, Biden said he was “honored and humbled by the trust the American people have placed in” him and his running mate, Vice President-elect Kamala Harris.
“With the campaign over, it’s time to put the anger and the harsh rhetoric behind us and come together as a nation,” Biden said. “It’s time for America to unite. And to heal.”
Biden won the 2020 presidential election on Saturday morning after he was declared the victor in Pennsylvania, capturing the state’s 20 electoral votes and, as a result, the presidency.
His win denies President Trump, who won a surprise victory in 2016 after besting then-Democratic nominee Hillary Clinton, a second term in the White House. Trump has not yet conceded the race to Biden, and his campaign has indicated that it will challenge election results in a handful of states.
Biden’s statement on Saturday, released minutes after he clinched the presidency, tracked with the message he carried throughout his campaign: uniting a deeply divided country.
But the former vice president will face a series of challenges in the coming months. Not only will he be charged with bringing together a bitterly polarized country, but he will face a daunting series of crises, including the coronavirus pandemic and its resulting economic turmoil.
National