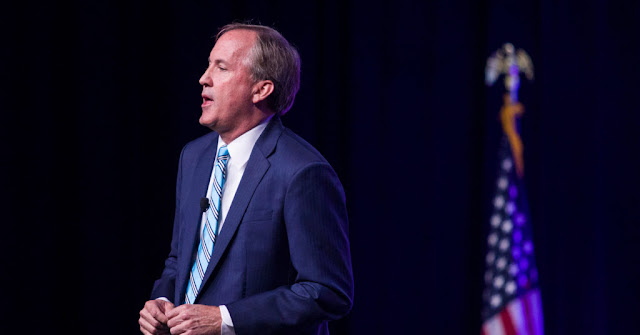 New details have emerged about Texas Attorney General Ken Paxton and his ties to Austin real estate developer and big-time political donor Nate Paul.
Paul hired a woman who allegedly had an extramarital affair with Paxton, the Dallas Morning News is reporting. Paul said he believed Paxton recommended the woman for a job at his firm, according to a deposition obtained by the newspaper.
In the deposition, Paul reportedly acknowledged knowing the woman and described her as a project manager at his firm. He could not remember whether Paxton recommended her before she inquired about the job. He denied knowledge of her having a relationship with the attorney general or that he hired her as a favor to Paxton.
Paxton had a romantic relationship with the woman, according to two people who said the attorney general told them about the affair, the Dallas Morning News story indicates. The identity of the two people was not revealed because they have requested to remain anonymous, the story states.
Paxton spent the entire month of October fending off allegations of bribery and abuse of office leveled by seven former high-ranking employees of the attorney general’s office. All seven of those staffers have either resigned or were fired.
There have been numerous calls for Paxton to resign. He has brushed them aside, saying he’s done nothing wrong. The FBI is investigating.
In an unrelated matter, he has been under criminal indictment awaiting trial for alleged securities fraud for the last five years.
Texas