6.4 million COVID-19 vaccine doses expected to be shipped to states by mid-December 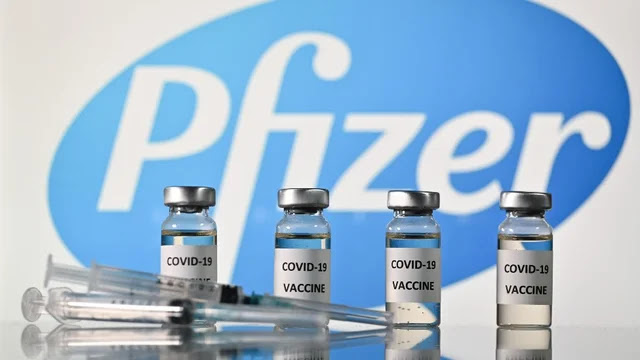 States will begin receiving the first doses of COVID-19 vaccines in mid-December, but will make their own determinations on who will be first in line for a shot.
An estimated 6.4 million doses of Pfizer’s vaccine will be distributed to states and territories by mid-December, assuming it receives Food and Drug Administration (FDA) authorization by that point, Operation Warp Speed officials told reporters Tuesday.
State officials were notified Friday how many doses they should expect to receive in the initial distribution, and they will make their own decisions about who will be prioritized for the first doses.
Still, Health and Human Services Secretary Alex Azar said Tuesday the agency is working on recommendations for prioritization, and he suggested health care workers, people living in nursing homes and other vulnerable people should be first in line.
“[Governors] will decide whom the vaccine is given to. We hope that our recommendations will carry weight with them but at the end of the day they will make that decision,” Azar told reporters.
Officials still expect 40 million vaccine doses will be ready by the end of the year.
Azar said he expects vaccines will be available for the general population in the second quarter of next year.
Pfizer last week asked the FDA to issue an emergency use authorization for its vaccine, which was found to be 95 percent effective in clinical trials. It’s not clear when the FDA will make a decision. An agency advisory committee meets Dec. 10 to vote on whether they will recommend the FDA should authorize the vaccine.
Pfizer is the only company to have asked for an emergency use authorization so far, but Moderna, which announced recently that its COVID-19 vaccine is 94.5 percent effective, is expected to file a request in the coming weeks.
National