What kind of decisions can we expect from this majority? 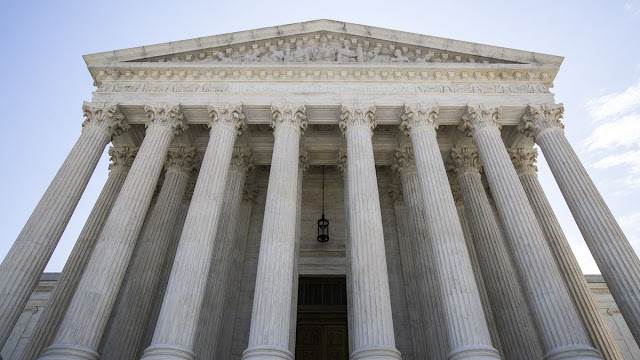 If Justice Barrett votes as her mentor Justice Scalia did, she will be part of an ascendant conservative majority on the Supreme Court. What kind of decisions can we expect from this majority? Short answer: Ask Brett Kavanaugh.
Contrary to how journalists frame each seat change on the Court, comparing the new justice to the departed one is not the best way to assess the impact. Instead, we should determine who becomes the median (or swing) justice, meaning the justice who provides the crucial fifth vote when a case splits the Court ideologically. Two years ago, Kavanaugh’s appointment shifted the median from the retiring Justice Kennedy to Chief Justice Roberts. As I noted at the time, exactly where Kavanaugh fit in among his conservative peers didn’t matter much. As long as he stayed somewhere to the right of Roberts, then Roberts would dictate the outcomes.
I also noted, however, that if Justice Ginsburg were to be replaced by a conservative — I called this mystery nominee “Amy B.” — then Kavanaugh’s exact ideological position would become very important. If he turned out to be a near-clone of Roberts, then the median would not change, and “Amy B.” would have surprisingly little impact on the Court’s decisions. By contrast, if Kavanaugh established himself as a solid conservative vote, then a Ginsburg exit could shift the Court’s median well to the right.
During his two years on the bench, Kavanaugh has been a cautious conservative. He is sometimes unwilling to issue decisions that are as far-reaching as fellow conservatives Gorsuch, Alito, and Thomas would prefer. At the same time, Kavanaugh has separated himself from Roberts by sticking with conservatives on big cases in which the chief “defects” to the liberals. This subjective assessment finds quantitative support in Martin-Quinn scores. Based on those scores, the Court’s conservatives can be ordered from least conservative to most: Roberts, Kavanaugh, Gorsuch, Alito, Thomas.
Barrett’s appointment probably means that Kavanaugh is the new median justice. He will move the Court rightward, but how much so remains to be seen. I suspect Roberts will try to recruit him into an informal two-justice coalition — a double-median, so to speak. But if Kavanaugh resists his entreaties, Roberts may actually be pulled rightward in his desire to influence the text of majority opinions. Either way, the Kavanaugh–Roberts interplay will be fascinating to watch.
Politically, several commentators have argued that Justice Barrett is here because Democrats went overboard during the Kavanaugh hearings. The story goes like this: The GOP added Senate seats in 2018 by defeating red-state Democrats whose constituents were upset with the mistreatment of Kavanaugh. Those extra seats were then crucial in securing support for replacing Ginsburg. If this story is true, then there is a second layer of irony. Because Barrett has probably turned Kavanaugh into the median justice, the personal destruction he suffered during his confirmation battle has ultimately imbued Brett Kavanaugh with far more power than he would have had. He is Obi-Wan to the Democrats’ Darth Vader.
Opinion