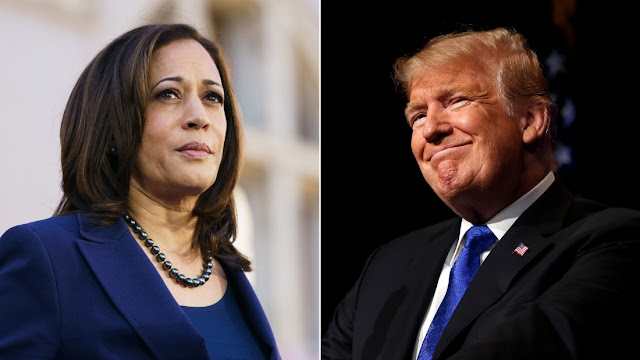 It’s easy to spend a lot of time on 270ToWin.com, flipping states from red to blue and back and contemplating scenarios for the presidential election – including ones where the Electoral College margin is extremely narrow, or perhaps no margin at all.
Start with the sense that the election will come down to Arizona, Florida, Iowa, Michigan, North Carolina, Ohio, Pennsylvania, and Wisconsin. Minnesota isn’t looking that competitive anymore, and Trump doesn’t really need it. Nevada might now be a more likely candidate to flip from blue to red, but outside of Rasmussen, Biden’s lead out there doesn’t look easily surmountable. New Hampshire, Colorado, New Mexico, and Virginia do not look all that competitive.
Democrats are talking themselves into believing Biden has a chance in Texas, but Trump keeps having a lead there. It’s not a particularly big lead by historical standards for a Republican, but Trump’s lead is consistent.
It’s a similar story in Georgia; the RealClearPolitics average is an even split, as of this writing. Democrats can feel good making the Trump campaign expend resources and effort to keep Georgia in the red column, but they probably wouldn’t want to bet the mortgage on Biden winning the Peach State.
And then there’s Maine’s second congressional district, which Trump won in 2016.
In the most recent Bangor Daily News poll, Trump leads Biden within this congressional district, 49 percent to Biden’s 41 percent, while losing the state overall, 51 percent to 40 percent.
But wait! Nebraska also awards its electoral college votes by congressional district, and last month, the Siena poll found Biden ahead in Nebraska’s second congressional district, 48 percent to 41 percent. So assume Trump gets one of Maine’s electoral votes, and Biden gets one of Nebraska’s.
After a long stretch of grim polling for the president in Arizona, Trafalgar (a Republican polling firm) puts Trump head by four points in that state.
If Trump wins Arizona (not a guarantee), Iowa (not a guarantee) Ohio (not a guarantee), Florida (also not a guarantee), and North Carolina (also not – eh, you get the idea), the map starts to look a lot like 2016 again, with Trump at 259 electoral votes, before we look at the big three in the upper Midwest — Wisconsin, Michigan, and Pennsylvania. If Trump wins just Pennsylvania out of those three, he will hit 279 electoral votes and win a second term. If Trump wins just Michigan out of those three, he will hit 275 and win a second term. And if Trump wins just Wisconsin out of those three . . . then we end with the dreaded 269-269 tie.
This scenario would make the hype and speculation about “faithless electors” after the 2016 election look mild. Ten electors changed their votes or attempted to change their votes last cycle.
But if the final Electoral College vote was 269 to 269, the election would be resolved by the U.S. House and Senate. If you’ve forgotten how that works:
The House of Representatives elects the President from the 3 Presidential candidates who received the most electoral votes. Each State delegation has one vote and it is up to the individual States to determine how to vote. (Since the District of Columbia is not a State, it has no State delegation in the House and cannot vote).  A candidate must receive at least 26 votes (a majority of the States) to be elected.
The Senate elects the Vice President from the 2 Vice Presidential candidates with the most electoral votes. Each Senator casts one vote for Vice President. (Since the District of Columbia has no Senators and is not represented in the vote.)  A candidate must receive at least 51 votes (a majority of Senators) to be elected.
For example, the current California House delegation has 45 Democrats and 7 Republicans; it would cast one vote for (presumably) Joe Biden. Right now, Republicans currently control 26 delegations, and Democrats control 22, with the remainder evenly split. But the vote would be taken by the next House of Representatives, not the current House of Representatives, and Nancy Pelosi is specifically hoping to reverse the current balance in Alaska and Montana (which each have one House seat) and Pennsylvania, Florida and Michigan.
If, after the election, the House still has 26 or more GOP-leaning state delegations, and they elect Trump . . . and Democrats won a majority in the Senate, and voted for the nominee of their party . . . we could end up with President Donald Trump and Vice President Kamala Harris.
Opinion