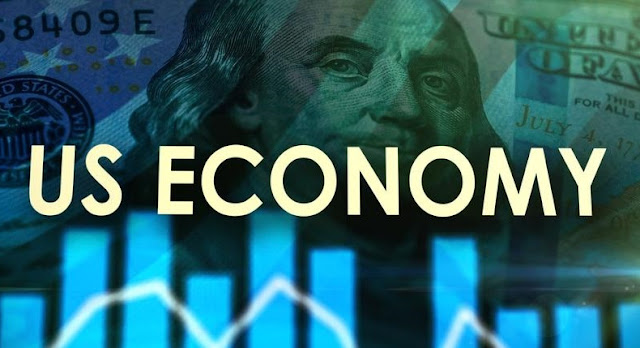 The U.S. economy swiftly recovered some of the deep losses driven by the onset of the coronavirus pandemic, according to data released Thursday by the Commerce Department, staging a record-breaking rebound after a devastating collapse in the spring.
U.S. gross domestic product grew at a seasonally adjusted annualized rate of 33.1 percent in the third quarter of 2020, according to the department’s advance estimate. That means that if the pace of economic growth between July and September spanned 12 months, the U.S. economy would have increased in size by roughly a third in that time. On a non-annualized basis, the economy grew by 7.4 percent in the third quarter
Economists had widely expected GDP to rebound at an unprecedented rate in the third quarter as the U.S. began to dig itself out of the coronavirus recession. The U.S. added 3.8 million jobs between July and September and saw sharp increases in consumer spending, particularly on personal goods household products. The U.S. trade deficit in goods, which typically detracts from GDP, also narrowed in September as exporters began to send more products abroad.
Personal consumption expenditures—a measure of consumer spending—rose at an annualized rate of 40.7 percent in the third quarter, making up more than 25 percent of the total third-quarter rise. Purchases of goods soared at an annualized rate of 45.4 percent, driven by large increases in sales of autos and auto parts, clothing, and recreational products.
Spending on services rose at an annualized 38.4 percent rate, with health care and food services leading the way. Gross domestic private investment—which covers money spent to build and renovate structures, purchase business equipment, and acquire intellectual property products—rose at a staggering 83.3 percent annualized rate.
The Thursday GDP report will be the last major economic indicator to be released before Election Day and could be a focal point for President Trump as he appears to face long odds to clinch another term in office. Trump and his economic advisers had been hyping up the third quarter GDP figures for weeks and have claimed the report would vindicate the president’s approach to the pandemic.
Even so, U.S. GDP remains far from its pre-coronavirus levels despite the record third-quarter jump. Ian Shepherdson, the chief economist at Pantheon Economics, said that GDP would have needed to rise at a 45.7 percent annualized rate in the third quarter to recover the total loss in the first and second quarters.
The third-quarter increase “will be the biggest-ever quarterly growth rate,” he wrote in a Thursday research note, “but it does not mean that all the damage has been undone.”
The U.S. still faces a long road to a full recovery. Roughly 10.7 million of the more than 20 million jobs lost to the pandemic have not yet been recovered, 24 million Americans remain on some form of jobless aid, and thousands of small businesses are teetering on the edge of bankruptcy.
The failure of Trump and Congress to reach a bipartisan stimulus deal before Election Day could also sap momentum from the already-slowing recovery, particularly as a third wave of COVID-19 cases surges in the U.S.
Personal incomes fell by $540.6 billion in the third quarter as the boosted unemployment benefits and stimulus payments offered through the $2.2 trillion CARES Act expired. The bill helped fuel a $1.45 trillion in the second quarter, which economists credit for preventing an even deeper recession.
Disposable personal income also fell 13.2 percent in the third quarter, after rising 44.3 percent in the second. And personal savings totaled $2.78 trillion in the third quarter after notching $4.71 trillion in the second quarter
for massing another measure after Nov. 3, the election aftermath could make doing so politically untenable.
“While growth is welcomed, we are nowhere near home yet,” said Beth Ann Bovino, chief U.S. economist at S&P Global ratings.
National