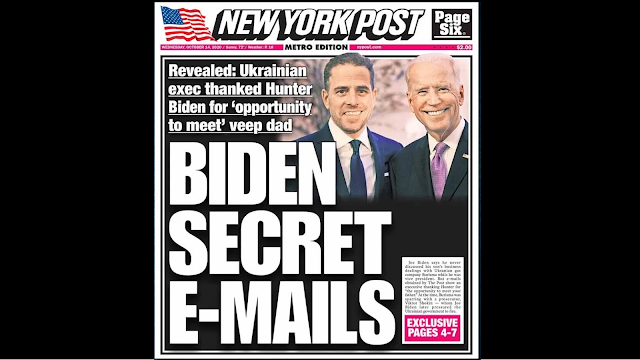 Twitter will no longer block a disputed New York Post story about Hunter Biden, marking a stunning reversal from its previous ban on its dissemination.
A spokesperson for the platform confirmed that users can now share links to the article in tweets and direct messages because “the once private information included is now widely available in the press and on other digital platforms.”
The New York Times first reported the change.
The decision caps a three-day whirlwind for the company.
Twitter first moved to block users from sharing the article shortly after it was posted Wednesday morning, saying the story violated the platform’s policy on hacked materials. The article centers around a dubiously sourced email allegedly from Hunter Biden’s laptop.
On Thursday night, Twitter backtracked after heavy criticism from Republicans, altering its policy to allow the uninhibited sharing of stories on hacked materials.
The company said at the time that the Post article would still be blocked based on a separate policy prohibiting the sharing of personal information. The story included unredacted emails purporting to be between Biden and a Ukrainian businessman.
The daily twists and turns have raised concerns about how social media platforms like Twitter plan to handle the flood of information, and likely misinformation, on Election Day.
National