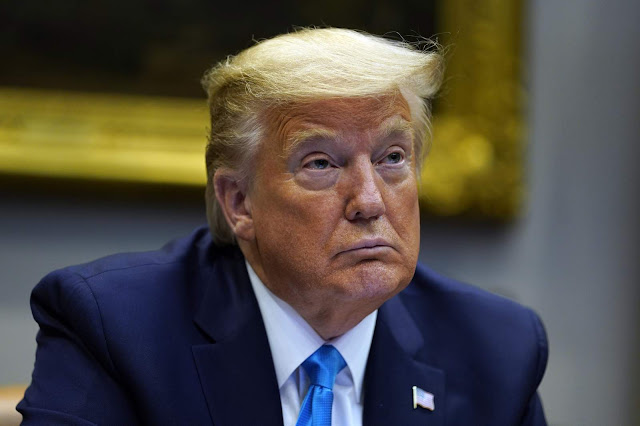 President Trump is proposing that only 15,000 refugees be allowed to resettle in the U.S. in the next fiscal year, marking an historic low of admission for some of the world’s most vulnerable peoples.
The State Department said in a statement issued late Wednesday night that the proposal was a “commitment to prioritize the safety and well-being of Americans, especially in light of the ongoing COVID-19 pandemic.”
The number of refugee admissions would be offset by commitments to providing overseas humanitarian assistance and efforts to end “conflicts that drive displacement in the first place,” the Department said.
Prioritized refugees will include those who are suffering or under fear of prosecution for their religion; Iraqis who are under threat for providing assistance to the U.S; refugees from the Central American triangle states of El Salvador, Guatemala and Honduras; and refugees who are likely under political repression in Hong Kong, Cuba and Venezuela.
In addition, the State Department said it would consider more than 290,000 cases of asylum-seekers — persons already in the United States who are requesting to stay for fear of persecution in returning to their home country.
“The President’s proposal for refugee resettlement in Fiscal Year 2021 reaffirms America’s enduring commitment to assist the world’s most vulnerable people while fulfilling our first duty to protect and serve the American people,” the State Department said in a release.
The announcement came as Trump has attempted to appeal to white voters in particular by claiming that a Biden administration would pose a threat to the suburbs by increasing refugee admissions and expanding low-income housing developments.
The Trump administration has steadily slashed the number of refugees admitted into the United States over the last few years. Trump proposed capping the number of refugees at 45,000 in his first year in office, then reduced that number to 30,000 the following year before further cutting it to 18,000 last year.
In comparison, President Obama in his final year in office capped the number of refugees admitted to the U.S. to 116,000.
The president has pledged since the 2016 campaign to cut off the flow of migrants and reduce the number of immigrants and refugees entering the country.
Trump took that message to voters on Tuesday night at a rally in Minnesota, saying that Democratic presidential nominee Joe Biden was planning to “inundate your state with a historic flood of refugees.”
Minnesota has historically had one of the highest refugee populations per capita of any state in the country, and Trump was clear that he felt an influx of refugees was a threat to those living in the suburbs.
“Biden will turn Minnesota into a refugee camp, and he said that overwhelming public resources, overcrowding schools, and inundating your hospitals, you know that,” he said as the crowd jeered. “It's already there. It's a disgrace what they've done to your state.”
Biden has committed to increasing the cap for refugees admitted to the U.S. to 125,000 with a commitment to raise that number over time “with our responsibility, our values, and the unprecedented global need,” according to the campaign.
Democratic lawmakers and civil rights groups expressed their dismay with Trump further lowering the refugee cap, arguing it was at odds with America’s reputation as a welcoming nation.
“We have a long history of welcoming refugees and asylum seekers from around the world. It's who we are when we are at our best,” Rep. Pramila Jayapal (D-Wash.) tweeted. “Trump's cruel and continued draconian cuts to refugee programs not only turn our back on refugees but on this country.”
Rep. Ilhan Omar (D-Minn.), who came to the U.S. as a Somali refugee when she was a child, tweeted as the deadline neared for Trump to set an admissions cap that it was a “life or death matter to millions of children around the world.”
The American Civil Liberties Union (ACLU) said the lowering of refugee admissions was part of a broader pattern of efforts to grind the immigration system to a halt, citing efforts to rescind the Deferred Action for Chilldhood Arrivals (DACA) program and the travel ban on Muslim-majority countries.
“America must play a role in the protection of people seeking safety from persecution, torture, and genocide as our laws demand. That is the America we fight to be,” Manar Waheed, senior legislative and advocacy counsel for the ACLU, said in a statement.
National World