Trump: 'I figured, what the hell, we get a free hour on television' 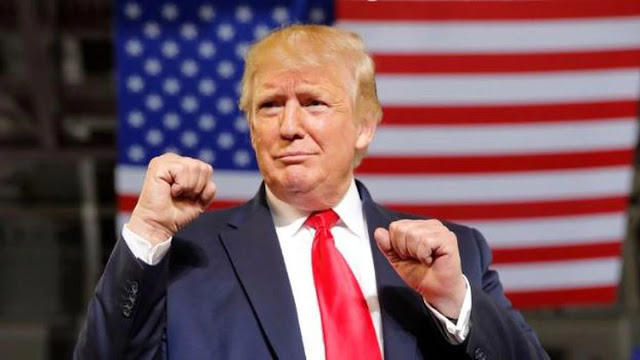 The word is President Trump thinks he will humiliate Joe Biden tonight, as he believes his town hall on NBC will get higher ratings than Biden’s town hall event will on ABC.
It would not surprise me in the slightest if Trump got higher ratings than Biden. Trump, in what could easily turn into an extremely combative appearance with Savannah Guthrie and town-hall questioners, is just more interesting than Biden giving what he remembers of his talking points to George Stephanopolous. Biden is ahead, so he doesn’t want to make any news or generate any controversy. Trump only generates new controversies in days ending in a “y.” Trump’s already preemptively trashing NBC for being unfair:
“So you know I’m being set up tonight,” Trump just told a reelection campaign rally in North Carolina. “I’m doing this town hall with Concast, C-O-N, con, cause it’s a con job,” the former reality TV frontman joked with supporters as NBC is being criticized for running the incumbent’s event at the same time as ABC has a previously announced event with Biden.
“It’s NBC, the worst,” Trump went on to declare. “Home of Sleepy-Eyed Chuck Todd and some others,” he added to the Greenville audience. “I figured, what the hell, we get a free hour on television.”
Trump boasting that the event is a set-up, griping about the network and its parent company, and mocking the network’s reporters is outrageous, provocative . . . and kind of funny and certainly not boring. It is extremely easy to picture more Americans tuning in to NBC tonight, just to see what the president does and says.
The question is, does getting higher ratings than Biden’s event later in the evening move any votes in the president’s direction? We don’t elect a president based upon television ratings, we elect a president based on who can reach 270 electoral votes. Trump was just in Des Moines, indicating he has to fight for a state he won, 51 percent to 41 percent four years ago.
A vigorous argument with Guthrie tonight might help him, but wouldn’t it be better to be debating the Democratic nominee?
Opinion