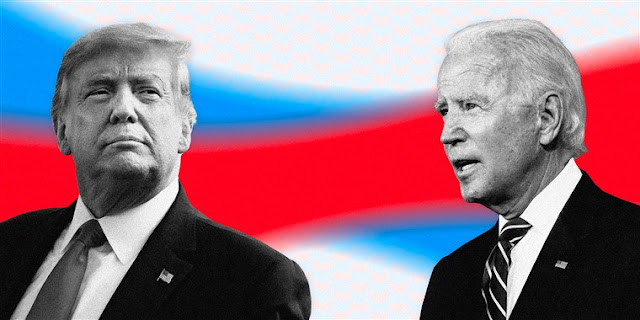 President Trump is expected to bring Hunter Biden’s former business partner to the presidential debate on Thursday night in Nashville, Tenn., as the president seeks to make Democratic nominee Joe Biden’s private life the focus of the stretch run to the election.
A source familiar with the plans said that Tony Bobulinski, a former Army intelligence officer who claims to have managed the Bidens' foreign business portfolio at one time, will be the president’s guest at the debate in Nashville.
The Trump campaign and Bobulinski’s lawyer have not returned a request for comment.
Bobulinski’s emails were a key part of a story published recently by the New York Post, alleging that Hunter Biden used his influence to connect a Ukrainian businessman and fellow board member at the gas company Burisma with his father when he was vice president.
Trump’s attorney Rudy Giuliani appears to have been a source for the story.
Some national security experts and Democrats have said the way that story was discovered — through a laptop that Hunter Biden allegedly dropped off at a repair shop and never picked up — has the hallmarks of a Russian disinformation campaign.
In a conference call with reporters, Biden campaign manager Kate Bedingfield said that Trump would be “amplifying Russian disinformation” if he brings it up.
“If we see tonight from Donald Trump these attacks on Vice President Biden’s family, I think we need to be very, very clear that what he’s doing here is amplifying Russia disinformation,” Bedingfield said.
“We have The Washington Post reporting that Donald Trump himself has been briefed on Rudy Giuliani was a target of Russian intelligence. You have Rudy Giuliani himself saying there’s a 50-50 chance he engaged with Russian intelligence on this story," she said. "You also had 50 nonpartisan intelligence and security officers sign a letter saying this all has a classic hallmark of Russian disinformation. So I just want to be crystal clear that if we hear that from Donald Trump tonight, that’s what he’ll be doing.”
Trump has invited controversial figures to past debates to rattle his opponents and to draw attention to allegations against them.
In 2016, Trump invited women who had accused former President Clinton of sexual misconduct to a debate against then-Democratic nominee Hillary Clinton.
Media outlets have been cautious in reporting on Bobulinski’s allegations, which have not been independently verified by a major news organization.
In an email to reporters on Wednesday night, Bobulinski said the emails are real and that he’d turned over documents pertaining to his business affairs to Republicans on the Senate Homeland Security Committee.
Bobulinski said he was breaking his silence because the media was smearing him as a Russian asset and because Hunter Biden had ripped him off in a Chinese business deal involving millions of dollars.
“I would ask the Biden family to address the American people and outline the facts so I can go back to being irrelevant — and so I am not put in a position to have to answer those questions for them,” he wrote.
In a call with reporters arranged ahead of the debate, the Trump campaign had former administration official Richard Grenell elaborate at length on the allegations against the Bidens. But when pressed by a reporter about how the president planned to use those claims during the debate, Grenell refused to answer and instead grilled the person on whether she had personally written about the contents of Hunter Biden's computer.
Trump campaign spokeswoman Ali Pardo later chimed in to note the Biden campaign hasn't denied key facets of the New York Post story, adding that "the American people deserve an answer and the Biden campaign should come forward and explain how they let this happen in their administration."
Some Republicans are questioning Trump’s strategy of making Hunter Biden the focus of his attention in the final days before the election.
Polls show the top two issues on the minds of voters are the economy and the coronavirus pandemic, which have been the central focus for the Biden campaign in the stretch run.
“Nobody cares about Hunter Biden … why is [Trump] spending all his time on him?” GOP pollster Frank Luntz said this week. “Hunter Biden does not help put food on the table. Hunter Biden does not help anyone get a job. Hunter Biden does not provide health care or solve COVID. And Donald Trump spends all of his time focused on that and nobody cares.”
National