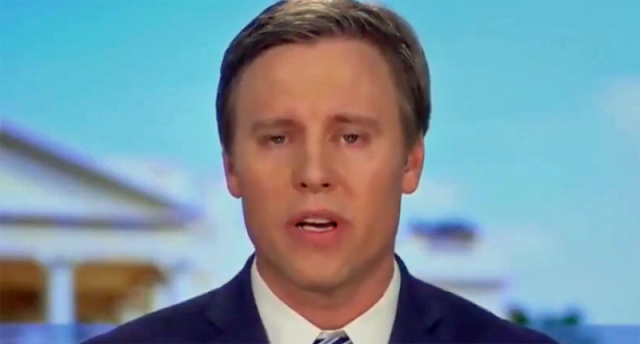 President Trump's campaign manager Bill Stepien tested positive for COVID-19 on Friday, his campaign confirmed.
Stepien is the latest official close to Trump to contract the virus, and his diagnosis came the same day the president, the first lady and several others who were around the president this week also tested positive.
Stepien, 42, is experiencing mild flu-like symptoms, the campaign said, and has gone into quarantine. He is expected to continue working from home.
The president's campaign manager flew on Air Force One with Trump and a coterie of other aides to the presidential debate on Tuesday. He was spotted get into a van with White House aide Hope Hicks, who tested positive for COVID-19 on Friday.
Stepien's positive test reflects just how quickly and how far the highly contagious virus spread among the president's top aides. Others who traveled with the president included New Jersey Gov. Chris Christie, senior campaign adviser Jason Miller, White House chief of staff Mark Meadows and former New York City Mayor Rudy Giuliani. All either tested negative on Friday or were awaiting results.
Republican National Committee (RNC) Chairwoman Ronna McDaniel also tested positive this week, though it was not publicized until Friday.
Stepien's diagnosis is a blow to a campaign that was already facing an uphill battle in the final 30 days until Election Day. Trump is trailing Democratic nominee Joe Biden in national polls, and in polls in key swing states like Wisconsin, Michigan and Pennsylvania. The race is extremely close in places like Florida and North Carolina, which are critical to Trump's re-election chances.
The president, who was taken to Walter Reed hospital earlier Friday, will be sidelined from the campaign trail while he recovers from coronavirus, eliminating the large rallies that have traditionally been a boon to voter enthusiasm but that have come under scrutiny amid the pandemic.
The Trump campaign announced Friday it would postpone all of the president’s scheduled trips or move them to virtual platforms. Previously planned events with Trump's children, who are high profile surrogates for the campaign, have also been postponed.
Vice President Pence, who tested negative for the coronavirus, will continue campaigning, and other campaign events will be considered on a case-by-case basis.
National