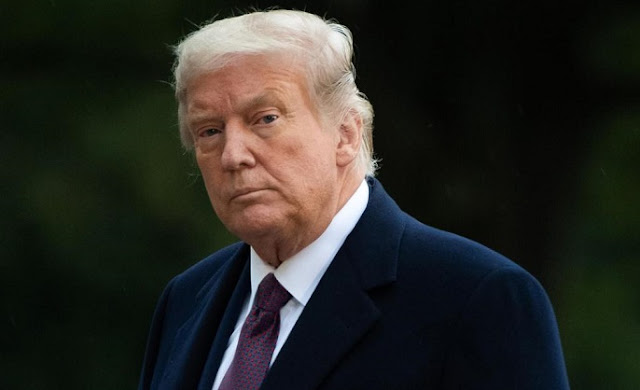 President Trump’s campaign is canceling planned television ads in Ohio and Iowa for this week to instead focus funding in states where polls show the president trailing Democratic presidential nominee Joe Biden.
The president’s reelection campaign canceled $2.5 million in ads in Ohio and $820,000 in ads in Iowa, according to ad-tracking firm CMAG, CNN reported Monday.
This week will be the third week in a row without Trump TV ads in the two Midwestern states as polls show a deadlocked race between Trump and Biden.
A Sunday CBS-YouGov poll determined the candidates were tied in Ohio at 47 percent each, and a New York Times-Siena College poll late last month showed Biden at 45 percent and Trump at 42 percent in Iowa.
Trump campaign spokesperson Samantha Zager said that the campaign canceled the ad reservations out of certainty he will win both states.
"President Trump and his campaign are extremely confident about our chances in these states,” she said in a statement. “We have been talking directly with voters for years via multiple avenues about the success of President Trump's America First agenda. Unlike Joe Biden, campaign ads aren't the only way we know how to campaign.”
Trump faces larger gaps in the polls in a number of other battleground states including Arizona, Florida, Michigan, North Carolina, Pennsylvania and Wisconsin.
Meanwhile, the Biden campaign will spend $1 million on ads in Ohio and $565,000 in Iowa over the next week while the president’s ads will not air.
Biden’s campaign also followed in the normal practice of redirecting ad purchasing in the weeks ahead of the election. His campaign canceled $1.5 million in TV ads in Texas for next week and $420,000 in Virginia and $370,000 in Colorado for the week starting Tuesday. The former vice president also added $1.2 million in ad reservations in Minnesota.
Overall, the president has spent nearly $15 million in Ohio, compared to his three top states for spending: Florida with $77 million, North Carolina with $36 million and Pennsylvania with $29 million.
Biden has spent more than $7 million in Ohio, while spending $95 million in Florida, $55 million in Pennsylvania and $43 million in North Carolina.
National