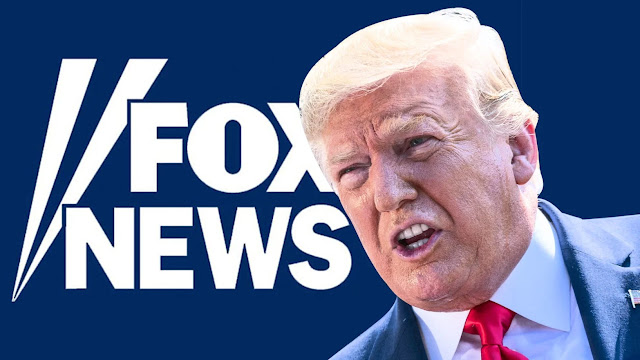 President Trump bashed Fox News repeatedly on Tuesday, agitated that the network was airing a campaign speech from former President Obama.
The president expressed his displeasure with the network's programming decision while Obama's speech was airing live and again when speaking to reporters at the White House.
"I only saw he was on Fox. And Fox puts him on all the time, and they put sleepy Joe on all the time," Trump said of Obama's speech before leaving for a rally in Michigan. "What they should do is they should show the picture of sleepy Joe yesterday when he rushed to Pennsylvania because he saw that I had 25,000 people at each event."
"Fox, Fox is very disappointing... This would not have happened with Roger Ailes, I can tell you that," Trump added, referring to the former chairman of Fox News who resigned in 2016 amid sexual misconduct allegations and died in 2017.
The president has for months had a love-hate public relationship with Fox News. He watches the network regularly, tweeting clips from its shows and responding to programming in real time.
He frequently calls into Sean Hannity's show and "Fox & Friends" and praises late night hosts like Laura Ingraham. The president brought on Scott Atlas, a frequent Fox News contributor with no expertise in infectious diseases, as a White House adviser on the coronavirus pandemic.
But Trump has grown increasingly frustrated with Fox's news side, lashing out at Chris Wallace and its polling operation and complaining that the network is not as favorable to him as it was when he first ran for office.
"The biggest difference between now and 2016 is @FoxNews. They are a whole different deal," Trump tweeted Tuesday. "Despite this, our campaign is doing much better, with bigger crowds and even more (much!) enthusiasm, than we had in 2016. Big Debate & SCOTUS Win! Real Polls have us winning everywhere!"
The president later hit the network mid-Obama speech, responding in real time to the former president's comments that Trump had paid minimal income tax in recent years.
"Now @FoxNews is playing Obama’s no crowd, fake speech for Biden, a man he could barely endorse because he couldn’t believe he won," Trump tweeted. "Also, I PREPAID many Millions of Dollars in Taxes."
National