Trump the best choice for US economy 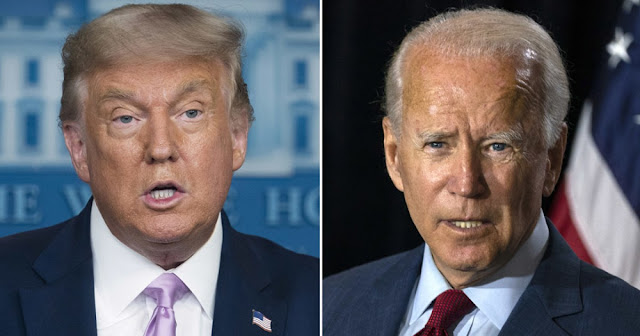 Americans have a choice: They can vote for President Trump, the candidate who just delivered the fastest quarter of growth in the nation’s history, or for Joe Biden, who as vice president presided over the slowest economic recovery since World War II.
The difference is stark.
The Commerce Department just announced that GDP grew at an annual 33.1 percent rate in the third quarter, topping expectations and doubling the prior record period of growth set in the 1950s. The economy expanded more than 7 percent from the previous three months and recovered about two-thirds of the ground lost earlier due to the coronavirus pandemic.
The expansion was not bolstered by government stimulus; federal spending actually contracted in the quarter. Instead, the powerful gains were driven by consumer spending, inventory building by firms that had underestimated the rate of recovery, expanded business investment and a strong housing sector.
This is the way our country should grow — propelled by the private sector, not propped up by taxpayer-funded relief. Trump’s policies aim to encourage that kind of expansion; Biden’s do not.
Instead, Biden’s program harnesses income redistribution and government micro-managing for the purposes of achieving “racial equity,” among other goals.
Biden has it wrong. Racial equity is an excellent goal best pursued through a growing economy that provides jobs and higher wages for everyone. That’s what we’ve had under President Trump, with the income gap between Blacks and whites beginning to narrow in 2019 and all categories of workers, including ex-felons, able to find work.
Last year Black household net worth increased 33 percent, albeit from a small base, while white net worth rose only 3 percent. Black homeownership in the most recent quarter was 46.4 percent, up significantly from 41.7 percent in the final period of 2016. That’s called progress.
The government also reported that first-time jobless claims fell for the ninth week in a row, coming in at 751,000 compared to estimates of 778,000. It was the lowest claims number since March, before the government shuttered the economy.
The reports highlight one of the most notable features of the rapid snap-back of recent months: No one saw it coming. Consumer spending, investment and growth have consistently beaten the consensus forecasts.
The reason is partly political; the liberal media has not wanted to stoke optimism that might encourage support for President Trump. Democrats know that a plurality of voters think Trump will manage the economy better than Joe Biden, and that the strong jobs market prior to COVID is his best argument for reelection.
It may also be because economists have not yet tallied the degree to which a Trump presidency, up until the virus hit, has boosted the animal spirits of the private sector. Consumer and business optimism soared in the weeks after Trump was elected. Consumer sentiment in September 2016 was recorded at 89.8; by December, post-election, the index had jumped to 98.2. That represented a 12-year peak, according to the University of Michigan at the time.
According to their press release, the “expected favorable impact of Trump’s policies on the economy” influenced the survey.
Even today, consumers remain surprisingly upbeat, in spite of the sharp second-quarter downturn and, more recently, the cut-off of extra unemployment benefits. The October University of Michigan survey puts sentiment at 81.2, up from the low of 71.8 recorded in April.
Of course, optimism is way below the peak of 101 reached in February, before the virus hit — a level not once reached during the Obama-Biden years. Not once.
Under Trump, business sentiment rallied, too. Post-election in December 2016, the National Federation of Independent Business’s survey of small-business optimism reached its highest level since 2004.
Like consumers, small business owners, the backbone of our economy, are upbeat in spite of the downturn. The NFIB Business Optimism Index in the United States rose to 104 in September, reaching the highest since February and above the long-term average of 98.4. Note that under Obama-Biden, that index crossed 100 only once in eight years.
Optimism is not just a feel-good measure; it drives spending by consumers and hiring and investment by businesses. It promotes growth.
Trump spurred optimism by assuring businesses that he had their back, a sharp contrast to the Obama-Biden approach.
When President Obama said to the business community, “You didn’t build that,” he conveyed a deep disrespect for those who pour their heart and soul into starting and nourishing enterprises.
Joe Biden seems to have learned nothing from the sluggish recovery the country endured during his time in the White House. Given the chance, he intends to reenact the Obama regimen of heavy regulation and higher taxes.
Today, with the economy struggling to recover from the government-mandated shut-downs, Biden wants to raise taxes by $4 trillion, reinstate onerous and costly regulations, undermine our energy industries, hike the national minimum wage to $15, pump up labor union bargaining rights and outlaw “right to work” statutes.
It is hard to imagine a worse prescription for an ailing economy. All would weaken our businesses and their ability to compete. For instance, U.S. manufacturers’ inexpensive power is a major competitive advantage over rivals in Germany and Japan. Americans pay on average 13 cents per Kilowatt hour for electricity; Germans pays 33 cents and the Japanese 22 cents. That will change as we “transition away” from oil and gas.
Similarly, Biden said during the second presidential debate that if a $15 minimum wage hurt small businesses, he would come to the rescue with taxpayer-funded bailouts. That makes no sense.
In January, before COVID hit, Trump’s policies were working and the U.S. was prospering. He is asking Americans to trust him to rebuild that economy.
Joe Biden is asking voters to imagine he can “build back better,” but, in reality, over 47 years of public service, he has never built anything.
The choice seems clear.
Opinion