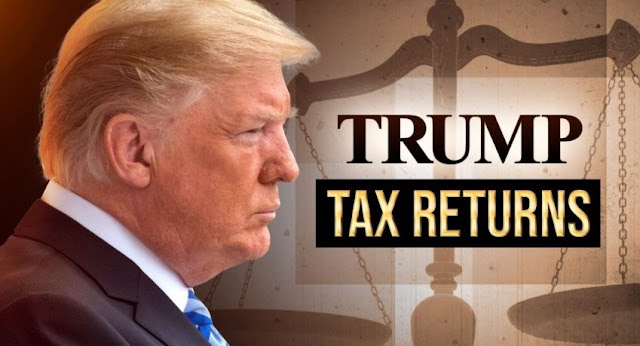 President Trump on Tuesday filed an emergency request to the Supreme Court asking the justices to shield his tax records from a New York grand jury subpoena.
The filing from Trump’s personal attorneys marks the second time the president has asked the court to block Manhattan District Attorney Cyrus Vance (D) from obtaining eight years of his tax records.
In July, the justices voted 7-2 to reject Trump’s argument that presidents have sweeping immunity from the criminal process, but said Trump could mount other legal objections in lower court proceedings.
Since then, New York-based federal district and appellate courts have roundly rejected Trump’s additional assertions that the subpoena should be blocked because it is overly broad and was issued in bad faith and designed to harass the president.
Tuesday’s filing asks the justices to temporarily halt a ruling last week by a three-judge panel for the U.S. Court of Appeals for the 2nd Circuit that upheld the enforceability of the grand jury subpoena. It also indicated Trump’s intent to file a formal appeal of that ruling.
The Manhattan District Attorney's Office last year subpoenaed Trump's accounting firm, Mazars USA, for the president's personal and business tax returns and other financial records. Trump has tried unsuccessfully for more than a year to fend off the request.
Vance's office is looking into payments made to silence two women who allege they had affairs with Trump, including adult-film star Stormy Daniels. Trump’s former attorney and fixer, Michael Cohen, who pleaded guilty to bank fraud, tax fraud and campaign law violation, has said the payments were made in order to influence the outcome of the 2016 presidential election.
Additionally, Vance’s office hinted earlier this month that its subpoena is part of an investigation into "possibly extensive and protracted criminal conduct at the Trump Organization," including potential fraud allegations detailed in media reports in recent years.
National