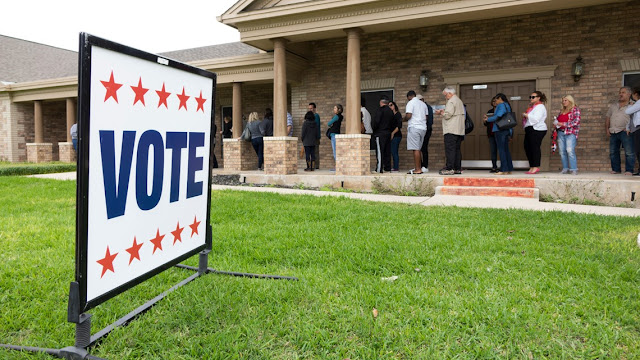 Officials in Travis County say a record number of voters have registered for next month's election.
Of the county's more than 850,000 eligible voters, 97 percent of them have registered, Travis County Tax Assessor-Collector Bruce Elfant told the Austin Statesman.
Travis County, which encompasses the entirety of metro-Austin, went heavily Democratic in the 2016 general election, with nominee Hillary Clinton earning more than 66 percent of the vote.
Early voting in the 2020 election began Tuesday in Texas, and as of 3:30 p.m., at least 24,000 people had cast their ballots, the Statesman reported.
“This number even exceeds my expectations,” Elfant told the paper. “To everyone who registered to vote, thank you. To our civic army of volunteers who registered voters, thank you. To my voter registration staff, thank you.”
Democrats believe they can help Democratic nominee Joe Biden win the Lone Star State, which has voted Republican in every presidential election since 1976. Trump won Texas by nine points in 2016.
Last week, it was reported the Biden campaign was making a $6 million ad buy targeting voters in Texas.
Sen. John Cornyn, a Republican, also faces reelection in the state this fall.
Texas