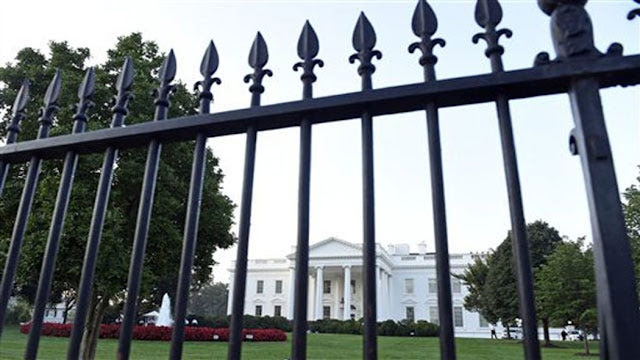 Three White House reporters tested positive for COVID-19 on Friday after President Trump confirmed he was diagnosed with the coronavirus earlier in the day.
The White House Correspondents’ Association (WHCA) said in a letter to White House reporters that the three unidentified individuals had all been at the building within the last week and that the White House Medical Unit is beginning the process of contact tracing for each person.
The WHCA added that several White House journalists are self-isolating pending testing.
“Due to cases linked to the pools last weekend and the large number of press credentialed for the 9/26 Rose Garden event, we ask that if you were on the White House grounds or in the pools those days, that you pay extra attention to any changes in your health,” said WHCA President Zeke Miller.
Miller told reporters that the White House has committed to testing journalists who were on Air Force One in the last week this coming Monday and that the WHCA is “strongly [encouraging] other journalists who may have been exposed this week to avail themselves of other testing options, through their local health department, personal physician, employer or other accommodation before returning to the White House complex.”
“For seven months, we have been clear-eyed about the inherent risks in fulfilling our obligation to keeping the American public informed. Today those risks are more evident than ever, but our work is only growing more vital,” he said.
The WHCA said it is “insisting” that reporters who are not part of the White House press pool and do not have enclosed workspaces refrain from going to the White House. The association also urged people to wear masks in shared spaces, telling reporters to “minimize risk” when not at the building.
Trump first announced early Friday that he and first lady Melania Trump had tested positive for COVID-19.
He is experiencing mild symptoms and was taken to Walter Reed National Military Medical Center later Friday. White House senior adviser Hope Hicks and Republican National Committee Chairwoman Ronna Romney McDaniel have also tested positive for the coronavirus.
National