Thoughts and prayers for President Trump and Melania Trump 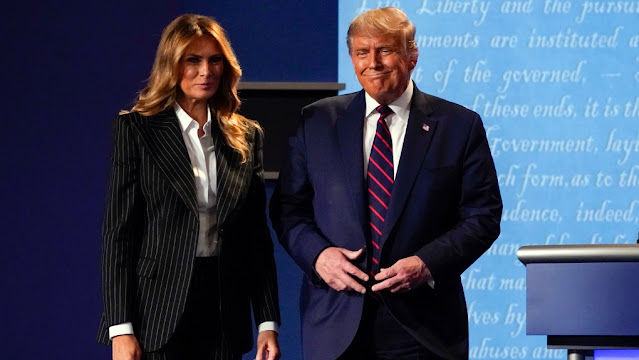 Word this morning that President Trump has “mild symptoms” from his coronavirus infection is a little unnerving. The president has the best doctors, with access to the best technology and tools, and the most up-to-date research on treatment options. But no one wants to gamble with the health of the president — or anyone else around him.
If the president’s personality and instincts are what we’ve seen over the past years — decades? — he’ll be eager and itching to get back out on the trail as soon as possible. But there’s no second term of a Trump presidency if there’s no Trump; his health has to come first.
If the president’s doctors urge him to rest and avoid travel, he ought to do it. One campaign trip here or one rally there probably won’t be the difference between victory and defeat. There are 32 days until the election, and 13 days until the next presidential debate.
The country and the campaign can function with the president recuperating in the White House residence. The campaign ads will still run, the Trump campaign’s social-media and voter-contact efforts will continue, and the vast majority of Americans already know what they think of him and his record.
President Trump should take the necessary time to recuperate and come back when his body is ready —  both for himself and for Melania and the rest of his family. Yes, the campaign is extremely important, but so is the president’s health — both short-term and long-term.
Opinion