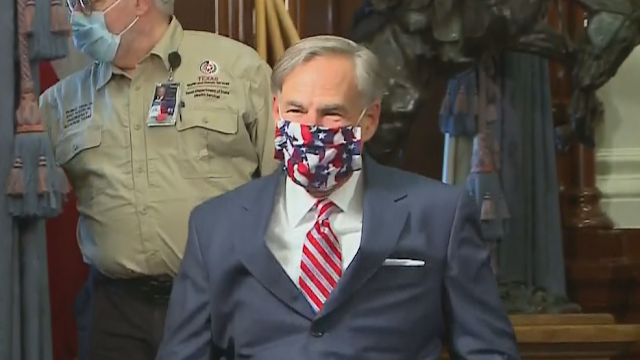 They have taken him to court, and now the state’s Republican party leadership is organizing a protest against Gov. Greg Abbott at the governor’s mansion in Austin at 11 a.m. Oct. 10, Texas Scorecard was first to report.
The protest dubbed “Free Texas — A Protest at the Governor’s Mansion,” is sponsored by a group calling itself “The Still-Somewhat Free Citizens of Texas.”
“Tired of King Abbott’s lock down? Tired of masks and HIS control? THIS TYRANNY MUST END NOW,” reads the event flyer shared on the Texas Scorecard website. “The unprecedented attacks on liberty and our lives are 100% from Abbott. Is Texas free … or will we lose Texas because of Abbott. If he wants our liberty … he will have to come right to our doors and take it himself. We can no longer allow him to steal our freedoms.”
The protest organizers have extended an invitation to business owners, bar owners, salon owners, gym owners, parents and others who are frustrated with Abbott’s actions during the pandemic.
Attendees will include Texas Republican Party Chair Allen West, Texas Agriculture Commissioner Sid Miller, Empower Texans CEO and Texas Scorecard publisher Michael Quinn Sullivan, several state representatives and state senators and others.
Texas