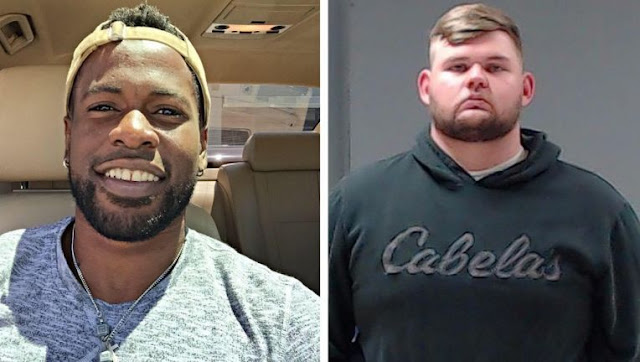 A Texas police officer has been charged with murder after fatally shooting Jonathan Price, a 31-year-old Black man, Saturday night.
The Texas Department of Public Safety (DPS) on Monday said that Wolfe City officer Shaun Lucas did not take reasonable action in his encounter with Price, NBC News reported. Relatives of Price have said he was attempting to break up a fight between a man and a woman at a gas station.
The Texas DPS said Lucas "attempted to detain Price, who resisted in a non-threatening posture and began walking away," at which point Lucas used a Taser on Price. Lee Merritt, an attorney for Price’s family, said that the officer “perceived a threat” when Price began convulsing and responded by shooting him. Price died in the hospital shortly after.
"The preliminary investigation indicates that the actions of Officer Lucas were not objectionably reasonable," the Texas DPS said in a statement.
“This didn’t happen quickly. It should have happened the day he murdered JP. John should still be here,” Merritt said in an Instagram post after the charges were announced. “This did happen because this family fought for their son from the beginning and people worked hard both behind the scenes and in the public eye to make it happen.”
Lucas is being held on a $1 million bond and placed on administrative leave pending an investigation, which will be conducted by the Texas Rangers, according to the city.
National Texas