Texas artist gets visit from police over Halloween decorations 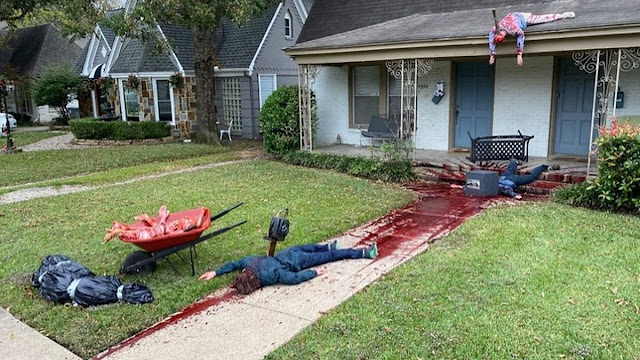 An artist in Texas says he has received visits from the police over Halloween decorations that neighbors have complained are too gory.
Steven Novak of Dallas told NBC News he began decorating his home about six years ago at the request of his neighbors. But as the years have gone on, Novak's displays have gotten more realistic and graphic.
This year, life-sized dummies were strewn across his yard and covered in fake blood. Severed limbs were strewn across the yard next to what appears to be a body bag.
For some of Novak's neighbors, the display went too far.
A Dallas Police spokesperson told NBC News that officers were called after someone complained about the decorations.
"There's no citation, they said I wasn't doing anything wrong," Novak said. "They took pictures, they thought it was great."
Texas