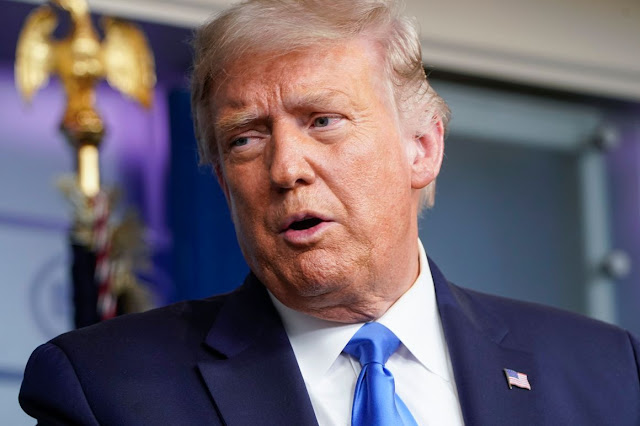 The Supreme Court on Monday agreed to review a pair of disputes over Trump administration immigration policies, including the president’s diversion of military funds to build a wall along the United States' southern border and a policy requiring asylum-seekers to remain in Mexico while their cases proceed through American courts.
The cases are expected to be heard sometime after the anticipated confirmation of President Trump’s third justice, Amy Coney Barrett, and are likely to present the first major legal confrontation over Trump immigration policy to the 6-3 conservative majority court.
In both instances, the administration sought Supreme Court review after lower federal courts rebuffed the president's bids to curb migration into the U.S. from Mexico.
One case involves Trump’s appeal of a June ruling by a federal appeals court in California that his administration’s use of Pentagon funding to build a wall along the U.S.-Mexico border is illegal.
A three-judge panel of the 9th Circuit Court of Appeals ruled 2-1 that Trump’s diversion of defense, military and other funding — billions of dollars that were not originally earmarked for border wall construction — violated the Appropriations Clause of the Constitution, which gives Congress the exclusive power of the purse.
Several legal challenges arose early last year after Trump declared a national emergency at the southern border to free up additional funding. The president made that move after a congressional spending bill allocated some $1.3 billion for border security, far short of the nearly $5 billion he said was needed to complete his signature project.
Trump then reallocated $2.5 billion in funding that Congress appropriated for defense and military uses.
Despite a lower court ruling that Trump’s maneuver was illegal, the Supreme Court in July declined to block the administration from using reallocated Pentagon funds. The court’s four more liberal justices, including the late Justice Ruth Bader Ginsburg, dissented from the ruling.
The second case the justices agreed on Monday to review concerns a Trump administration approach to asylum-seekers. The policy, known as Migrant Protection Protocols (MPP), aims to curb entry into the U.S. by requiring asylum-seekers, many of whom are Central American migrants, to remain in Mexico while their cases are heard in U.S. courts.
Lower federal courts in California ruled that the policy violates U.S. immigration law and contravenes international human rights norms and ordered the administration to curtail its application.
The Supreme Court in March allowed the Trump administration to continue enforcing its policy while it appealed the lower court ruling.
The administration argues that the policy has helped alleviate the “migration crisis” at the United States' southern border since the Department of Homeland Security (DHS) implemented it early last year. According to DHS figures from March, more than 60,000 asylum-seekers had been blocked from entry.
The program has been used to “process tens of thousands of aliens applying for asylum ... without the need to detain the applicants in the United States during the weeks and months it takes to process their applications,” the administration told the justices.
Critics have blasted the Trump administration’s policy as cruel and say it endangers the lives of those fleeing violence and other hardships.
National