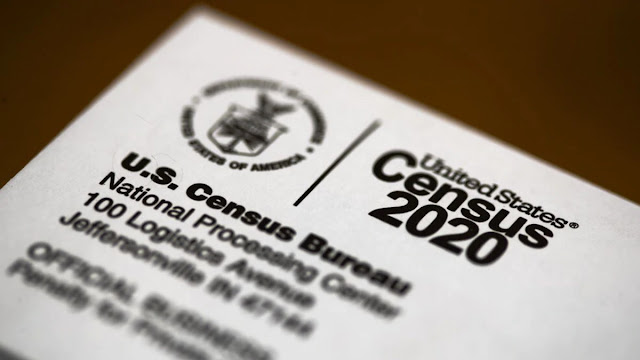 The Supreme Court on Tuesday granted the Trump administration’s request to halt the census count while an appeal plays out in a lower court.
The emergency order comes a week after a California-based federal appeals court denied a request from the administration to reverse a lower court's order requiring the count to continue through October rather than reinstate the administration's since-passed Oct. 5 deadline.
Justice Sonia Sotomayor, in her dissent, wrote that "the harms caused by rushing this year’s census count are irreparable."
The other justices did not disclose their votes or explain their reasoning, as is often the case with emergency orders.
In their filing last week, administration officials told the justices that the shorter window is necessary to allow the Commerce Department to wrap up operations in time to meet its end-of-year deadline to report the results to the White House.
But critics say the move risks undercounting minority populations composed of both documented and undocumented immigrants.
Last Wednesday, a three-judge panel of the U.S. Court of Appeals for the 9th Circuit denied the administration’s request to halt the district judge’s order that extended the census deadline through Oct. 31.
The panel wrote that failure to meet the Dec. 31 reporting deadline was unlikely to invalidate the numbers delivered to President Trump.
The appeals court also left open the option of Congress passing an extension if the numbers are delivered after the Dec. 31 deadline. Congress took similar steps in the census counts conducted for three decades in the 19th century.
The administration has continued its push to exclude undocumented immigrants from the decennial count, despite a Supreme Court ruling that blocked the administration from including a question on the census about the recipient’s legal status in the U.S.
National