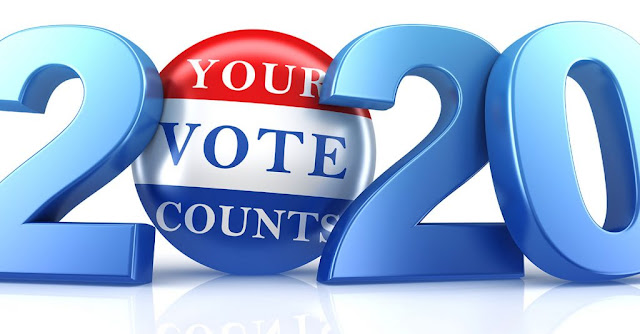 Election Day is still 19 days away, but voting — both in-person and by mail — has started around the country, shattering voter turnout records.
In total, over 17,500,000 Americans have cast their ballots either through the mail or in person, according to the U.S. Election Project, which tracks early voting statistics in real time. This equates to almost 13 percent of the total number of Americans who voted in the 2016 presidential election.
The turnout is especially impressive in crucial battleground states.
In Texas, for example, over 1 million residents stood in line to cast their votes on Tuesday, the state’s first day of early voting. Despite Gov. Greg Abbott (R) limiting each state county to only having one mail-in ballot drop-off location, the Lone Star State has received roughly 400,000 mailed ballots so far.
Voters in Georgia — which performed the largest voter purge in American history in 2017 —  waited in line for up to 12 hours on Monday to vote in-person. About 379,000 Georgians have voted early this week and over 500,000 have mailed in their ballots. Of those who voted in-person, a third were Black.
Early in-person voting doesn’t start in Florida until Monday, but over 2 million Floridians have already mailed in their ballots — more than 20 percent of the total voter turnout the Sunshine State saw in 2016.
Andrea Mercado, executive director of voting rights group New Florida Majority, called the figure “astounding.”
“We've been doing that work, you know, really encouraging people to vote by mail or vote early because we know that it's so important to make your voice heard,” Mercado said.
The three states are some of the most important battleground states this election cycle. Texas and Georgia have long been Republican strongholds, but have been turning bluer thanks to an increasingly diverse electorate. A democratic presidential nominee hasn’t carried Texas since 1976 and the Peach State since 1992.
With 29 electoral votes, Florida has perennially been at the center of close presidential elections in recent memory. Many election experts say that President Trump’s precarious hopes for a second term go through the state. He won Florida narrowly in 2016, and historically, his chances to win the White House again without the state aren’t high. The last president to win the general election without winning Florida was Calvin Coolidge in 1924.
The coronavirus pandemic is at least partly responsible for the record voter turnout, with more Americans choosing to vote by mail than ever before, even though Trump and other Republicans have repeatedly made disparaging comments about the voting method.
The president has predicted rampant voter fraud and “rigged” election results on Nov. 3 because of the influx of mail-in ballots, though it is well-documented that voter fraud is exceedingly rare and several states voted almost entirely by mail before the pandemic hit.
Voting rights groups as well as state Democratic parties have also focused an impressive amount of resources on registering disenfranchised voting blocs and educating all Americans on the voting procedures in their respective states.
Since 2016, the Texas Democratic Party has registered over 3 million previously unregistered Texans to vote. Activist groups in Georgia, including Stacey Abrams’ Fair Fight Action, have worked on getting residents who were affected by the state’s voter purge to get reregistered.
“The incredible turnout and dedication we’re seeing from Georgians across the state shows what we already know: Georgia voters are more determined than ever to make their voices heard in this election, and won’t let anything stop them,” Georgia Democrats chair Nikema Williams said in a statement earlier in the week. “We encourage every single Georgian to exercise their right to vote, and to vote early — your voice will be heard in this election.“
National