Rush Limbaugh on cancer battle: 'The days where I do not think I'm under a death sentence are over' 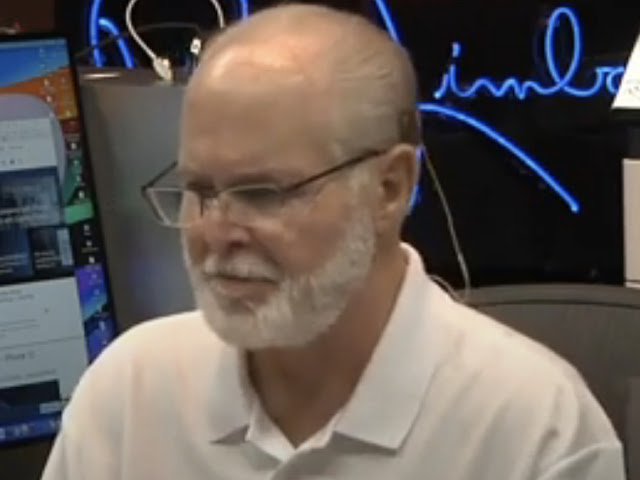 Rush Limbaugh told listeners on Monday that he often feels that he's under "a death sentence" while battling stage 4 lung cancer, with the conservative radio talk show host sharing that recent scans showed "some progression."
“It is cancer, it eventually outsmarts pretty much everything you throw at it,” Limbaugh said on his nationally syndicated program.
“From the moment you get the diagnosis, there’s a part of you every day, 'OK, that’s it, life’s over,' you just don’t know when,” he continued. “So, during the period of time after the diagnosis, you do what you can to prolong life, do what you can to prolong a happy life. You measure a happy life against whatever medication it takes."
“It’s tough to realize that the days where I do not think I’m under a death sentence are over,” Limbaugh added. "We all know that we’re going to die at some point, but when you have a terminal disease diagnosis that has a time frame to it, then that puts a different psychological and even physical awareness to it.”
The 69-year-old radio host — considered the most influential among conservatives — announced in January he had been diagnosed with advanced lung cancer.
Limbaugh was awarded the Medal of Freedom by President Trump at the State of the Union speech in early February.
His nationally syndicated show, which began 31 years ago, attracts 15.5 million listeners per day, according to Talkers Magazine.
National