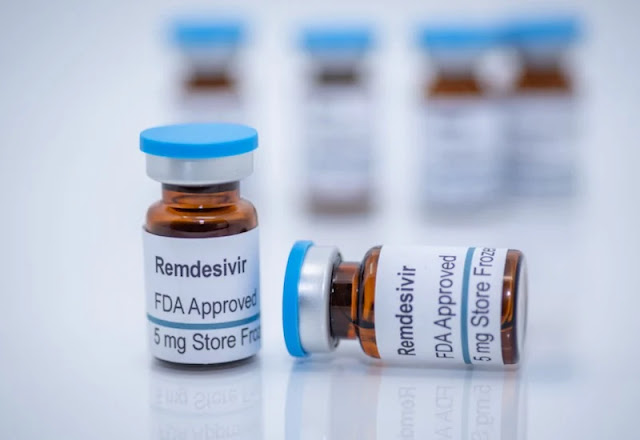 The Food and Drug Administration (FDA) has granted full approval to the antiviral drug remdesivir to treat COVID-19, manufacturer Gilead announced Thursday.
FDA initially granted emergency use authorization for remdesivir in May, which allowed doctors and hospitals to use the drug to treat hospitalized patients without a full approval.
It showed modest results in reducing the hospitalizations of patients with severe cases of COVID-19. Remdesivir is administered in a hospital setting through an IV.
The approval is based on three randomized controlled trials, including one sponsored by the National Institutes of Health.
That study, published in the New England Journal of Medicine earlier this month, showed that hospitalized patients receiving remdesivir recovered five days faster on average, and in patients with severe disease, seven days faster, compared to a placebo.
The study also found remdesivir reduces the likelihood of patients requiring new or more intensive oxygen support. While it was not a primary endpoint for the study, there was evidence remdesivir may reduce the likelihood of death.
Remdesivir is now the only FDA-approved treatment for COVID-19, and is available in more than 50 countries.
“It is incredible to be in the position today, less than one year since the earliest case reports of the disease now known as COVID-19, of having an FDA-approved treatment in the U.S. that is available for all appropriate patients in need,” said Daniel O’Day, Gilead's chairman and CEO.
The approval comes a week after a large-scale World Health Organization trial found remsdesivir had no substantial impact on the survival of COVID-19 patients or the length of their hospital stays.
However, Gilead said the WHO trial design "prioritized access" to remdesivir and other investigational treatments "over the ability to draw definitive conclusions, due to the variability in the implementation of the study, standard of care controls and patient populations across trial sites."
The majority of patients treated with remdesivir receive a five-day treatment course using six vials of the intravenous drug.
President Trump received the drug while he recovered from coronavirus, according to his physicians.
Gilead currently charges private insurers $3,120 per patient for a five-day course of the treatment.
Other developed countries and direct purchasers in the U.S. government, including the Veterans Affairs hospitals, will pay $2,340 for a five-day course of the drug.
National