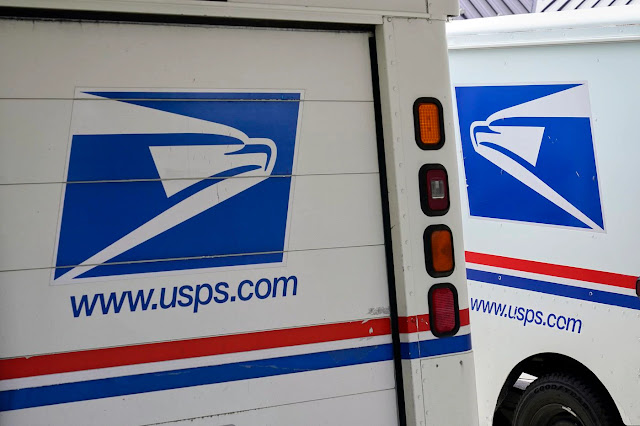 The U.S. Postal Service has settled a lawsuit with more than a dozen states over changes implemented by Postmaster Louis DeJoy that have been blamed for slower mail delivery.
A lawsuit led by Democratic attorneys general in 14 states ended Wednesday with DeJoy agreeing to reverse a number of operational changes, including the removal of mail-sorting machines from processing centers and restrictions on overtime for mail carriers, according to an Associated Press report.
The court battle came in response to nationwide delays in mail service which state officials blamed for issues with deliveries of prescription drugs to elderly Americans as well as potential issues related to mail-in ballots, which are expected to be filed by an unprecedented number of Americans this year as a result of the COVID-19 pandemic.
“Montanans never gave up this fight and as a result, we are ensuring stability through and beyond the election by immediately restoring the mail services folks rely on, whether it’s receiving vital medication or ensuring they can pay their bills on time,” Montana Gov. Steve Bullock (D), whose state led the lawsuit, told the AP in a statement.
DeJoy had previously stated in August that he would delay any operational changes until after the election to avoid the appearance of helping President Trump with his reelection efforts; the president has baselessly criticized mail-in voting over the past several months with false accusations claiming that states mail-in ballots systems are rife with fraud.
"To avoid even the appearance of any impact on election mail, I am suspending these initiatives until after the election is concluded," DeJoy said at the time.
DeJoy has argued for months that changes are necessary at the Postal Service to cut costs, while Republicans have argued for years that the service faces huge budget shortfalls. Democrats have argued that the service should not be treated as a business, but rather as a public necessity for millions of Americans.
"I came to the Postal Service to make changes to secure the success of this organization and its long-term sustainability," DeJoy added in August. "I believe significant reforms are essential to that objective, and work toward those reforms will commence after the election."
A judge previously moved to temporarily block the Postal Service's operational changes in the course of the states' lawsuit last month, at the time referring to DeJoy's efforts as "a politically motivated attack on the efficiency of the Postal Service” during an election year.
National