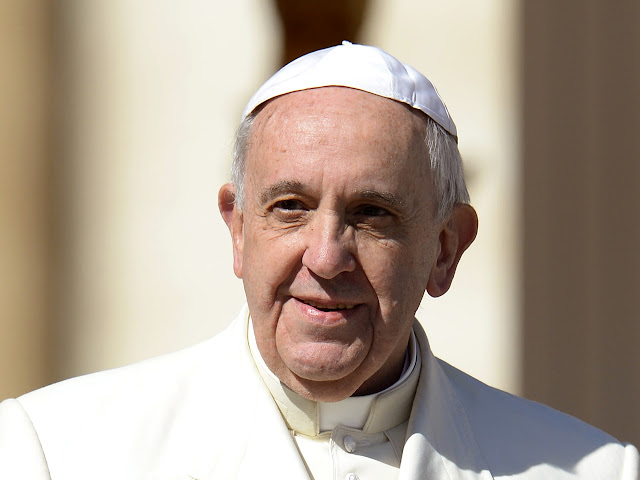 Pope Francis called for the creation of civil union laws for same-sex couples in a documentary released Wednesday, straying from the Vatican's traditional position on the topic.
The pontiff expressed his clearest support for same-sex civil unions in the documentary “Francesco” that premiered in Rome, the Catholic News Agency (CNA) reported.
Within the film, Pope Francis addressed how pastoral care for those in the LGBTQ community should work, saying “Homosexuals have a right to be a part of the family.”
“They’re children of God and have a right to a family. Nobody should be thrown out, or be made miserable because of it,” the pope said.
“What we have to create is a civil union law. That way they are legally covered,” Pope Francis added. “I stood up for that.”
“Francesco” covers the life and ministry of the pope and premiered as part of the Rome Film Festival. It is scheduled to premiere in North America on Sunday, according to the CNA.
The documentary highlights how Pope Francis approaches social issues, such as advocating for migrants, refugees and the poor and addressing clerical sexual abuse, the role of women and how Catholics and others treat the LGBTQ community.
Pope Francis’s direct request for civil unions goes farther than previous pontiffs and is a shift from the Vatican's viewpoints on the topic.
The CNA reported that the pope said in the 2013 book “On Heaven and Earth” that laws “assimilating” LGBTQ relations to marriage are “an anthropological regression.”
“Francesco” filmmaker Evgeny Afineevsky told CNA that the film is not “about” Pope Francis’s call for civil unions but is instead “about many other global issues.”
"I’m looking at him not as the pope, I’m looking at him as a humble human being, great role model to younger generation, leader for the older generation, a leader to many people not in the sense of the Catholic Church, but in the sense of pure leadership, on the ground, on the streets,” the Russian-born filmmaker, who lives in the U.S, said.
World