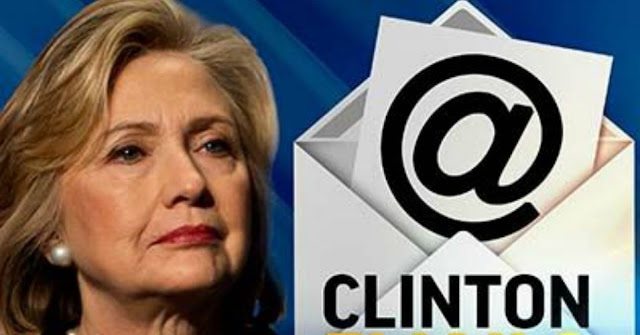 Secretary of State Mike Pompeo said Friday he expects his agency will release more of Hillary Clinton’s emails in the coming weeks after President Trump publicly urged him to be more aggressive in going after the former secretary of State and other political rivals.
“We’ve got the emails, we’re getting them out. We’re going to get all this information out so the American people can see it,” Pompeo said during an interview with Fox News's Dana Perino.
“We’re doing it as fast as we can. I certainly think there’ll be more to see before the election,” he added when pressed about the timing.
Pompeo did not specify exactly which emails he was referring to, though Trump and his allies have long railed against Clinton for keeping official emails with classified information on a personal server.
Classified information “should have never been there,” Pompeo said Friday in reference to the server, adding that the former Obama Cabinet secretary engaged in “unacceptable behavior.”
The declaration comes after Trump criticized Pompeo and Attorney General William Barr for not being aggressive enough in going after his political opponents.
Trump has ramped up pressure on administration officials to levy punishments on Clinton and other Obama-era officials for the former's use of a private email server and the latter's involvement in opening a probe into Russian meddling in the 2016 election.
The president name-checked Pompeo in a Thursday interview on Fox Business, accusing him of not working quickly enough to release Clinton’s emails, a subject of GOP fascination since her time as secretary of State.
"They’re in the State Department, but Mike Pompeo has been unable to get them out, which is very sad, actually," Trump said. "I’m not happy about him for that reason. He was unable to get them out. I don’t know why. You’re running the State Department, you get them out."
The FBI concluded in 2016 that Clinton, who was then running for president, had been "extremely careless" in her handling of classified information during her tenure as secretary of State, but found no criminal wrongdoing.
Still, the president and Republican allies have used the emails as a cudgel to hit Democrats over broader complaints that Democrats in the Obama administration, in their view, sought to undermine Trump during and after his 2016 White House bid.
Republicans are currently overseeing a number of investigations in the Senate, including into the Justice Department’s investigation into Russia's election meddling and GOP claims it was improperly conducted, inquiries Democrats say are intended to help Trump in an election year.
Pompeo dismissed concerns that his efforts to release emails before the election could have adverse impacts on the nation’s intelligence-gathering abilities, saying he’s “never seen [Trump] do anything that would put any kind of asset, any one of our officers in harm’s way.”
National