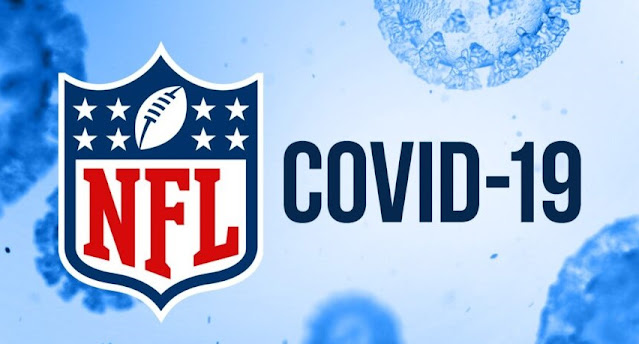 The National Football League (NFL) teams will now face new penalties, including forfeiting games, for violations COVID-19 safety protocols that alter the league’s current schedule.
The Associated Press reports that NFL Commissioner Roger Goodell sent a new memo Monday to the 32 NFL teams that outlined the organization’s new policies surrounding coronavirus safety.
“Protocol violations that result in virus spread requiring adjustments to the schedule or otherwise impacting other teams will result in additional financial and competitive discipline, including the adjustment or loss of draft choices or even the forfeit of a game,” the memo reportedly read.
This follows the rescheduling of last Sunday’s game between the Pittsburgh Steelers and the Tennessee Titans when the latter team suffered the first coronavirus outbreak.
At least 20 Titans staff, including 10 players, tested positive for the virus.
The schedule conflict ripples throughout the planned games in the season, as the match between the Steelers and Titans was pushed to Week 7.
The New England Patriots were also forced to reschedule after their quarterback Cam Newton tested positive for the virus. The scheduled match they had against the Kansas City Chiefs was moved following a Chiefs player testing positive as well.
Constant game rescheduling brings irregular television broadcasts of games to fans, as well as interruptions in players’ salaries, Goodell said.
“The consequences of rescheduling or even missing games are obvious,” Goodell explained in the memo. “Our fans will be deprived of games. Competitive inequities will be introduced into our season. Players will not be paid for games not played and clubs will similarly suffer financial consequences.”
Some of the existing penalties violators in the NFL have had to face include fines for coaches and teams if found to use face masks incorrectly.
These fines amount to about  $100,000 for coaches and $250,000 in team fines.
“Complacency is our shared opponent,” Goodell reportedly wrote.
In the aftermath of the outbreak among the Titans, NFL executives are launching new, more robust health and safety procedures. Some of these include a longer on-boarding process for free agents, bans on social gatherings outside of the NFL facility, and limiting the amount of weekly tryouts.
Additionally, the league will be installing video surveillance to monitor compliance among its teams. One of the key areas of enforcement will be ensuring players and staff wear masks while in club facilities and while traveling.
Other potential new protocols include exclusively virtual meetings, reduced time allowed in shared spaces like locker rooms, and utilizing proximity tracking device information.
“Simply put, compliance is mandatory. Now is the time to recommit ourselves to our protocols and best practices for the duration of the season,” Goodell wrote in the memo.
National