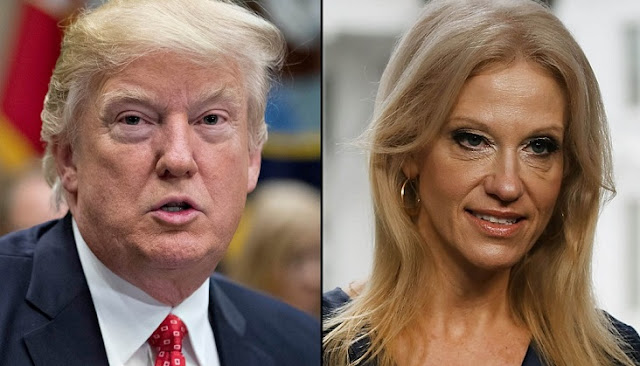 Kellyanne Conway, former longtime adviser to President Trump, tested positive for COVID-19 on Friday.
“Tonight I tested positive for COVID-19. My symptoms are mild (light cough) and I’m feeling fine. I have begun a quarantine process in consultation with physicians,” Conway tweeted.
“As always, my heart is with everyone affected by this global pandemic,” she continued.
Conway on Saturday attended a ceremony in the Rose Garden at the White House where Trump officially nominated Judge Amy Coney Barrett to replace the late Justice Ruth Bader Ginsburg on the Supreme Court.
Other attendees — including Sens. Mike Lee (R-Utah) and Thom Tillis (R-N.C.), and Notre Dame President Rev. John Jenkins — all announced Friday that they tested positive for the virus.
Conway did not confirm where she may have contracted the virus.
Washington was upended early Friday after the president announced that he and first lady Melania Trump tested positive for the virus.
Trump traveled to Walter Reed National Military Medical Center on Friday evening. He is set to remain there “for the next few days” following his diagnosis. White House officials have said that Trump’s symptoms are mild and he remains in good spirits.
Trump on Friday evening tweeted a pre-recorded video message thanking Americans for their support as he fights the virus.
"I want to thank everybody for the tremendous support," Trump says in the 18-second clip, tweeted after he left for Walter Reed.
"I think I’m doing very well but we're going to make sure that things work out," he added. "The first lady is doing very well. So thank you very much. I appreciate it. I will never forget it."
White House adviser Hope Hicks also tested positive for the virus Thursday after she had traveled with Trump on Air Force One earlier in the week.
Conway departed from her position in the Trump administration at the end of August to focus on family matters, she said in a statement at the time.
Her daughter, Claudia Conway, was the first to announce that her mom tested positive in a video on TikTok.
National