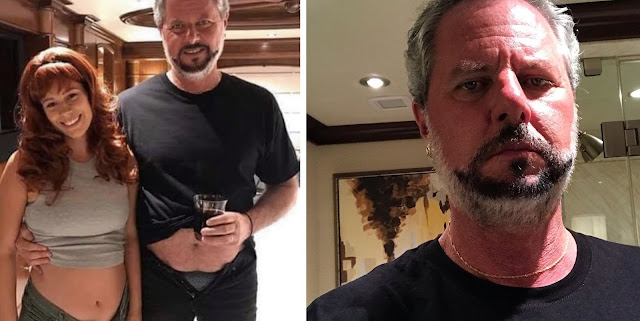 Former Liberty University President Jerry Falwell Jr. filed a lawsuit against the school on Wednesday, accusing it of damaging his reputation after being pressured to resign following a series of scandals.
Falwell, who left the position he had held for 13 years in August, is accusing the evangelical university founded by his father of defamation and breach of contract.
The lawsuit, filed in state court in Lynchburg, Va., and obtained by local ABC affiliate WSET, says the university violated “legal, contractual, and moral obligations not to defame” Falwell after he said he saved the university from “financial collapse” and made it “the world’s leading evangelical university.”
A press release issued Thursday by Quinn Emanuel, a firm representing Falwell, said the former Liberty president is claiming that the university “needlessly injured and damaged his reputation through a series of statements.”
Falwell is accusing Liberty University of accepting claims from former family friend and business partner Giancarlo Granda that Granda had an affair with Falwell’s wife between 2012 and 2018 and that Falwell would watch.
The lawsuit says the university “set out to destroy Mr. Falwell’s reputation through numerous defamatory statements that affirm the outrageous lies of an unstable individual who attempted to extort the Falwells.”
Robert Raskopf, Falwell’s lawyer, said in the release that they attempted to meet with the Liberty University board of trustees executive committee “but were unsuccessful in doing so.”
“Thus, we were forced to seek remedy for Mr. Falwell's ongoing injuries and damage to his reputation through the Court," he said.
Falwell released his own statement saying he was “saddened” that Liberty officials “jumped to conclusions about the claims made against my character, failed to properly investigate them, and then damaged my reputation following my forced resignation.”
“While I have nothing but love and appreciation for the Liberty community, and I had hoped to avoid litigation, I must take the necessary steps to restore my reputation and hopefully help repair the damage to the Liberty University brand in the process,” he added.
Liberty University spokesperson Scott Lamb told The Hill in a statement that “the Board of Trustees are busy at work in session for the next two days for their Fall meetings.”
“The University would need to read and review a lawsuit before making comment, and as of this moment we have not been served,” he said.
In the lawsuit, Falwell goes on to allege that Granda “appears to be supported financially by political opponents of Mr. Falwell in the midst of a heated presidential campaign, likely including the anti-Trump political action committee called The Lincoln Project.”
The lawsuit cites reports that Kurt Bardella, a senior adviser to The Lincoln Project, was representing Granda pro bono. Falwell, a supporter of President Trump, has called out the affiliation while alleging Granda is getting paid by anti-Trump groups.
The Lincoln Project pushed back on Falwell in a statement about the lawsuit, saying the organization "has had nothing to do with the public finally learning about the true character of the Falwell family.”
“The Lincoln Project didn’t make Mr. Falwell sit in the corner," the group said. "The Lincoln Project didn’t make Mr. Falwell unbutton his pants on a super yacht and post a picture on social media. The Lincoln Project didn’t make Mr. Falwell stand with Donald Trump, though that now makes sense; they are kindred spirits."
Duquesne University suspends Greek activities over 'egregious'...
In August, Falwell made headlines when he agreed to resign as president and then withdrew his resignation hours later. After a day of confusion, Liberty University accepted his resignation.
The university announced at the end of August that it was launching an independent investigation into Falwell’s tenure.
National